Mary Nash is making a habit of beating the odds after facing a cancer diagnosis twice in her 80s — first breast cancer and then uterine cancer.

“In 2020, I was diagnosed and treated for breast cancer at Methodist Charlton Medical Center,” she says, “so I knew I was in good hands for another battle with cancer.”

Last fall, Mary was diagnosed with uterine cancer after visiting her doctor of more than 50 years: Frank Dean, MD, OB-GYN on the medical staff at Methodist Charlton.

“I’ve relied on Methodist for more than half my life, and twice for cancer.”

At 82, Mary doesn’t believe her age should slow her down, and letting cancer derail her active lifestyle of travel and golf was never an option.

“I believe it’s important to keep alive your sense of wonder and adventure,” says Mary, showing the spirit that’s made her a survivor twice over. “Every day, I wake up and get ready for life.”

Last year, however, cancer put Mary’s passion for an active life to the test — again. 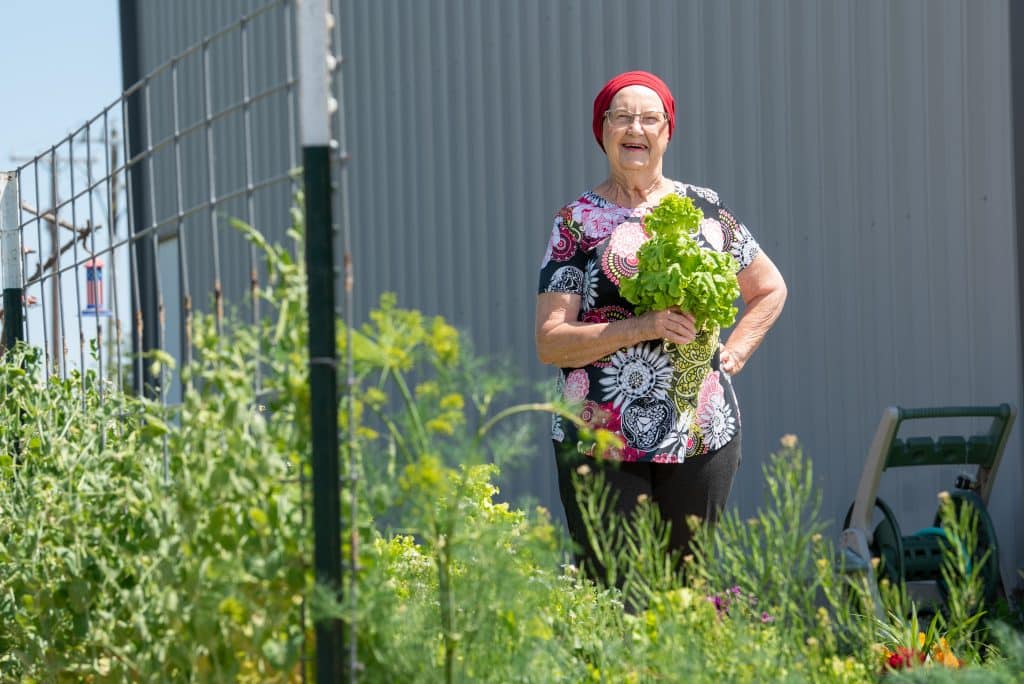 Mary paid a visit to her primary care physician, worried her period had returned decades into menopause. That doctor suggested she see her longtime OB-GYN. 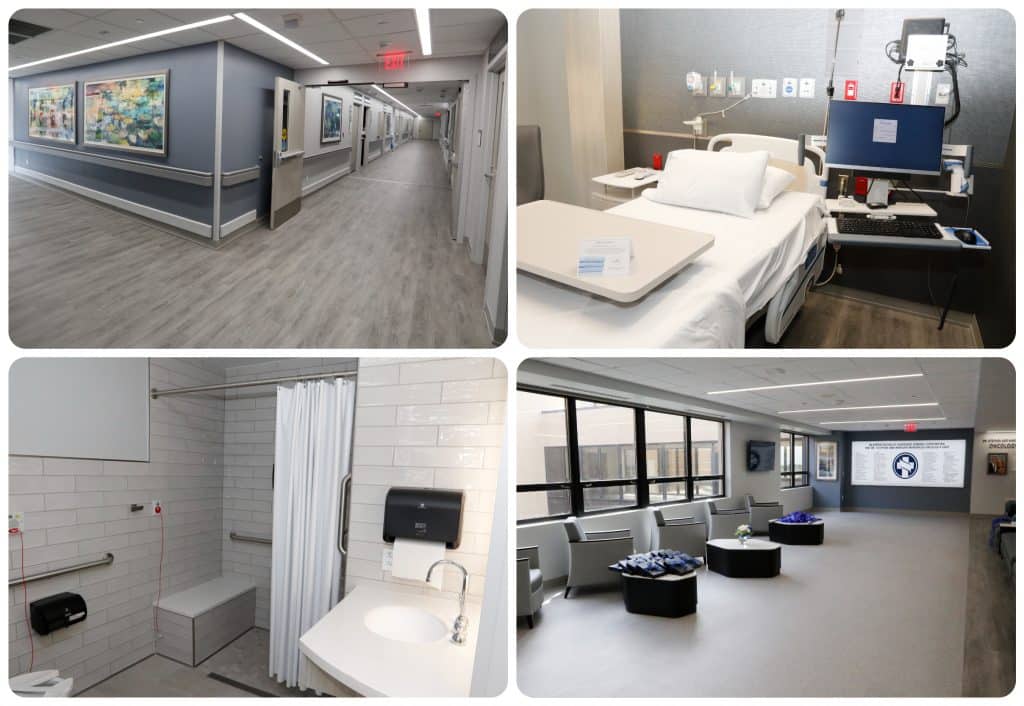 Mary was treated for uterine cancer in the Dr. Stephen and Marilyn Mansfield Oncology Unit, which opened in spring 2021.

AGE CAN BE A CONCERN

Dr. Roane explained to Mary and her family that uterine cancer typically occurs in women over 55 and that the most common symptom is post-menopausal vaginal bleeding.

Uterine cancer is most often treated with a hysterectomy, a surgery to remove the uterus, followed by chemotherapy and radiation if needed. While Mary’s age was a concern, her good health and a high-tech tool available at Methodist made surgery a viable option.

“Typically, I would not operate on a woman of Mary’s advanced age,” Dr. Roane says, “but her excellent overall health and level of independent living were compelling enough to consider robotic-assisted surgery.” 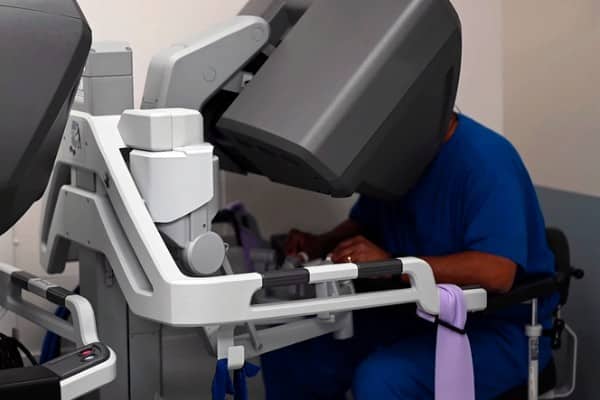 A doctor controls the robot at every step of the surgery.

HOW THE ROBOT HELPS

Surgeons performing a hysterectomy have a few options: vaginal, abdominal, and robotic surgery. Vaginal hysterectomies involve surgically removing the uterus through the vagina.

When the vaginal approach is not feasible, whether because of the size or shape of the uterus or previous abdominal surgeries, the uterus is removed through an incision in the lower abdomen.

Surgeons perform the abdominal method laparoscopically, using a thin tube with a camera on the end. They may also perform the procedure with robotic assistance — the approach Dr. Roane hoped Mary would consider.

“I’ve never had a major surgery, so I never expected that my first time would involve a robot,” Mary says. “After Dr. Roane thoroughly explained how it worked, I decided it was the best option for me.” 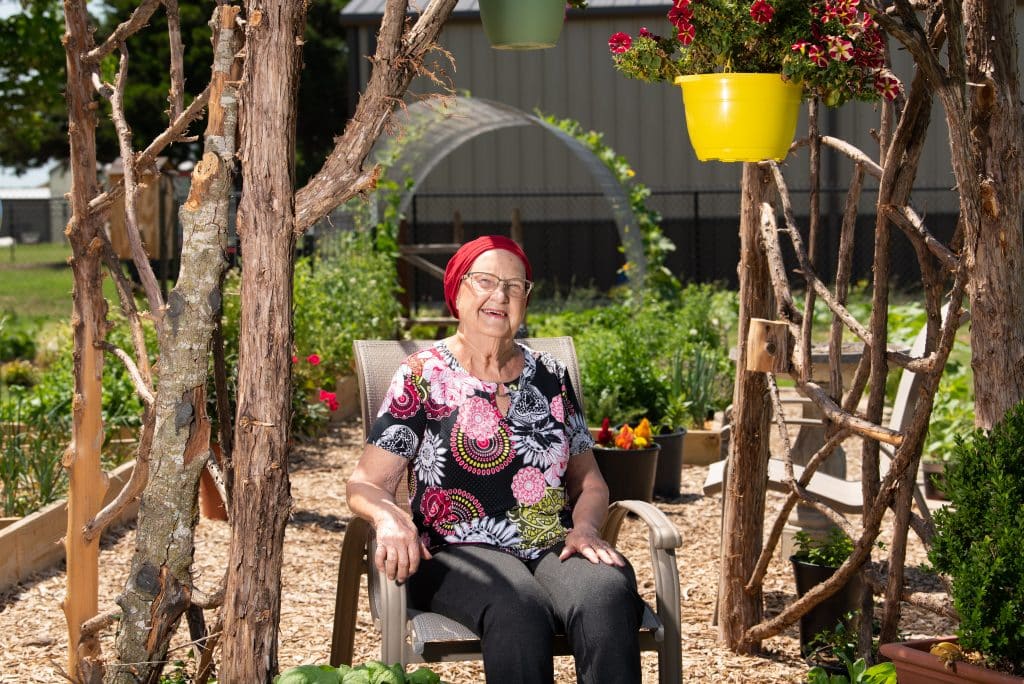 “I believe it’s important to keep alive your sense of wonder and adventure,” Mary says.

“This minimally invasive surgical approach not only provided Mary with a more efficient surgery and easy recovery,” Dr. Roane says, “but it also ensures that I can inspect and evaluate the surgery site more completely.”

Mary went home the next day and could hardly tell she had just had surgery.

“I am so very grateful for their doctors and advanced tools they make available to patients,” Mary says. “I’m alive because of it.”