A state-of-the-art 12-bed oncology unit devoted to medical and surgical patients diagnosed with cancer made its debut in spring 2021 at Methodist Charlton Medical Center.

The Dr. Stephen and Marilyn Mansfield Oncology Unit bears tribute to the health system’s former president and chief executive officer and his wife.

“You don’t have to look far to see Steve and Marilyn’s fingerprints on this organization and the legacy that they have left behind,” says Jim Scoggin, Chief Executive Officer, Methodist Health System. “It is only fitting that the names Stephen and Marilyn Mansfield be memorialized today in this special place and in this very special way.”

“This new oncology center and the soon-to-come emergency department are beacons of our commitment to both the southern sector and to this wonderful hospital,” says Pam Stoyanoff, MBA, CPA, FACHE, President and Chief Operating Officer, Methodist Health System.

The unit features 12 patient rooms, with the capacity to serve more than 700 patients, both inpatient and outpatient, each year. With cancer rates alarmingly high in Methodist Charlton’s service area, the new unit had been busy admitting patients well before Friday’s ceremony.

“It was clear to us that, in addition to our community education programs and outreach efforts, we needed a dedicated oncology unit,” Laukaitis says.

Sit down at your next family dinner or company board meeting and look around the room. According to the National Cancer Institute, every third person at that table will be diagnosed with cancer during his or her lifetime.

That statistic may be the cause of interrupted life stories and burdened families. But it’s also the impetus behind this new unit at Methodist Charlton.

For patients Jureica Henderson and Eun Ju Choe, knowing that Methodist Charlton is better prepared to help them on their cancer journeys offers peace of mind. Here’s a look at their stories.

JUREICA’S STORY: A comfort to patients with breast cancer 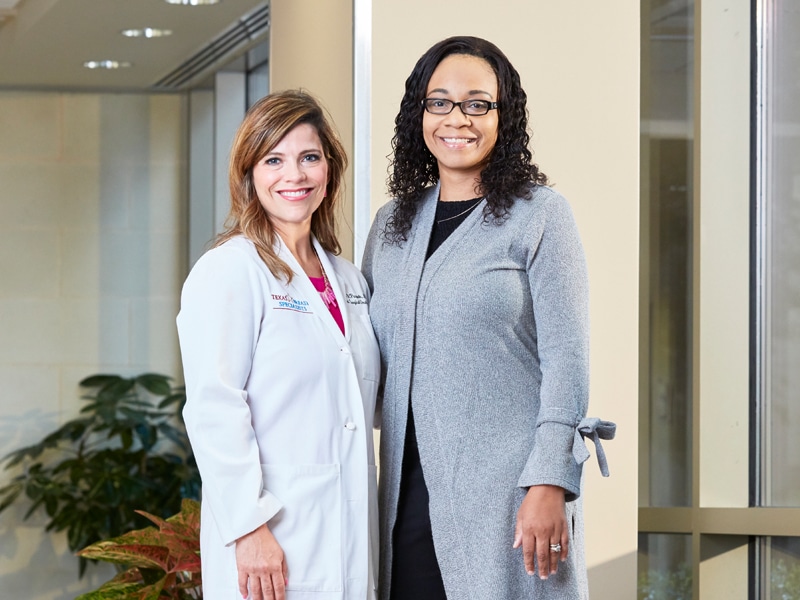 For Jureica Henderson, who recently had bilateral mastectomies and reconstructive surgery at Methodist Charlton, the strongest motivation to fight cancer came from her family.

Beyond providing important information about medical procedures and treatment options, the doctors and nurses who treated Jureica also shared their personal experiences with cancer, which made her feel better about her own cancer journey.

“For them to personalize it for you and tell you what they’ve gone through as a doctor, I knew that I was in great hands,” she says. “Everyone who walked through the door, including the nurses, techs, and even food services, had me thinking that everything was going to be all right.”

Allison DiPasquale, MD, medical director of oncology and breast surgical oncologist on the Methodist Charlton medical staff, performed Jureica’s mastectomies and was impressed with her patient from the beginning.

“She came in as a rockstar, ready to take on cancer and do everything she needed to stay healthy — and do it with a smile on her face,” Dr. DiPasquale says.

“Methodist Charlton’s new oncology unit will enable us to bring even better cancer care to patients like Jureica, because they will be in a unique place tailored to their needs. Our community asked for this, and it’s an honor to work at a facility that has its finger on the pulse of the community.” 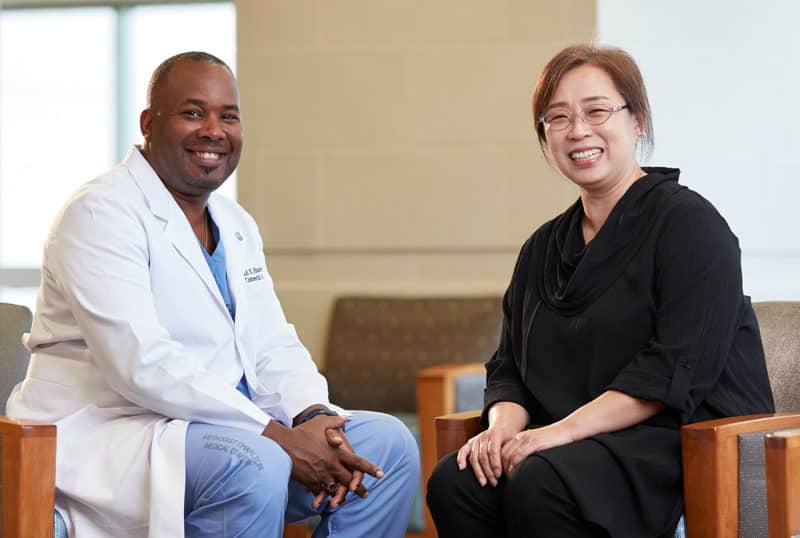 Colon and rectum cancers are the fourth most common cancer types, as reported by the National Cancer Institute — and the sooner these cancers are diagnosed, the better the prognosis is for patients. Eun Ju Choe, who recently had robot-assisted surgery at Methodist Charlton to remove a portion of her colon, was grateful her cancer was found early enough to be treated successfully.

“I feel I’ve been given a second chance at life,” Eun Ju says. “I am so grateful, and I’m happy to do simple things like going to work and seeing my friends. Now I tell people, ‘If you have symptoms, don’t wait. See a doctor right away.’ If I had waited longer, I might not be here.”

“Our patients will benefit from the specialized physician expertise, nursing expertise, and support of a dedicated oncology unit,” Dr. Hackett says about the unit being created at the hospital. “Methodist Charlton is committed to bringing the best care to the communities we serve — and donor support is the driving force that makes it all possible.”

Before the new unit opens next year, many cancer screening, diagnosis, and treatment services are available currently at Methodist Charlton. Click here to learn more.

Making sense of face masks, from cloth to surgical to N95s
These hospital gatekeepers help keep COVID-19 out
Build your own home gym
How unnoticed stress turned into a medical scare for one Dallas woman