For a decade, Mike Spence used blood thinners to lower his risk of stroke after being diagnosed with atrial fibrillation (AFib). But a minimally invasive procedure solved his problems in no time.

The procedure implanted a WATCHMAN device that closes off a part of the heart where blood can pool and clot in AFib patients.

“In one 30-minute procedure, I went from living at a high risk of a stroke to very little risk, as well as being freed from the challenges of blood thinners”

Mike, who’s lived 53 of his 81 years in Richardson, was diagnosed with AFib in 2011 by his longtime doctor Nhan Nguyen, MD, interventional cardiologist on the medical staff at Methodist Richardson Medical Center.

“I was stunned at the diagnosis,” says Mike, a Dallas County native. “I never noticed any irregular heartbeats or other cardiac symptoms that most other people experience.”

AFib is a type of cardiac arrhythmia, one of several abnormal heart rhythms that are named by the chambers of the heart in which they occur (atria or ventricles) and by what effect (too slow, too fast, irregular) they have on the heart’s rhythm. 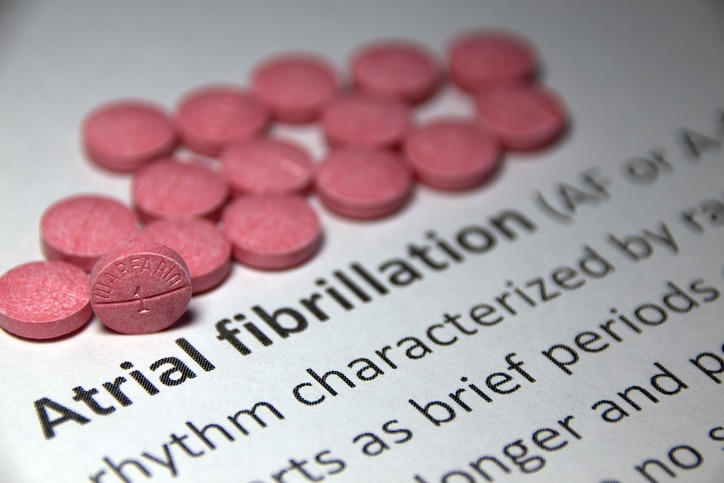 Mike Spence once relied on blood thinners to lower his stroke risk, but the implant allowed him to stop taking them.

“AFib is when abnormal electrical signals cause the two small upper chambers of the heart, called the atria, to quiver or flutter instead of beat effectively,” Dr. Nguyen says. “AFib affects your heart’s ability to pump blood normally, which causes it to pool in an area of the heart called the left atrial appendage, or LAA.”

When blood pools, it can stick together to form a clot, Dr. Nguyen says, and if that clot escapes the left atrial appendage, it can cut off the blood supply to the brain and cause a stroke. To lower that risk, Dr. Nguyen prescribed Mike anti-coagulant medications, which he took with great success for many years.

RELATED: Thousands watched online in May 2019 when Dr. Nguyen perform a similar heart implant live on Facebook. Like WATCHMAN, a TAVR procedure uses a catheter to thread a device through an artery and into the heart, in this case to repair a faulty valve.

In 2017, Mike ended up at Methodist Richardson for internal bleeding associated with his diverticulosis, a common condition in which pockets in the colon become inflamed or infected.

Because he was on blood thinners, Mike lost a lot of blood and needed a transfusion. He was advised to stay off his blood thinners for a few months as he healed, but he had a decision to make about his future.

Dr. Nguyen was concerned that going back on the blood-thinning medication could be risky if Mike had another internal bleed. By contrast, not going back on anti-coagulants meant his risk for stroke from a blood clot could increase.

“I weighed my options and chose to stay off the blood thinners,” says Mike. “It was a hard decision to make.”

But having a WATCHMAN implant would prove to be an easier choice. 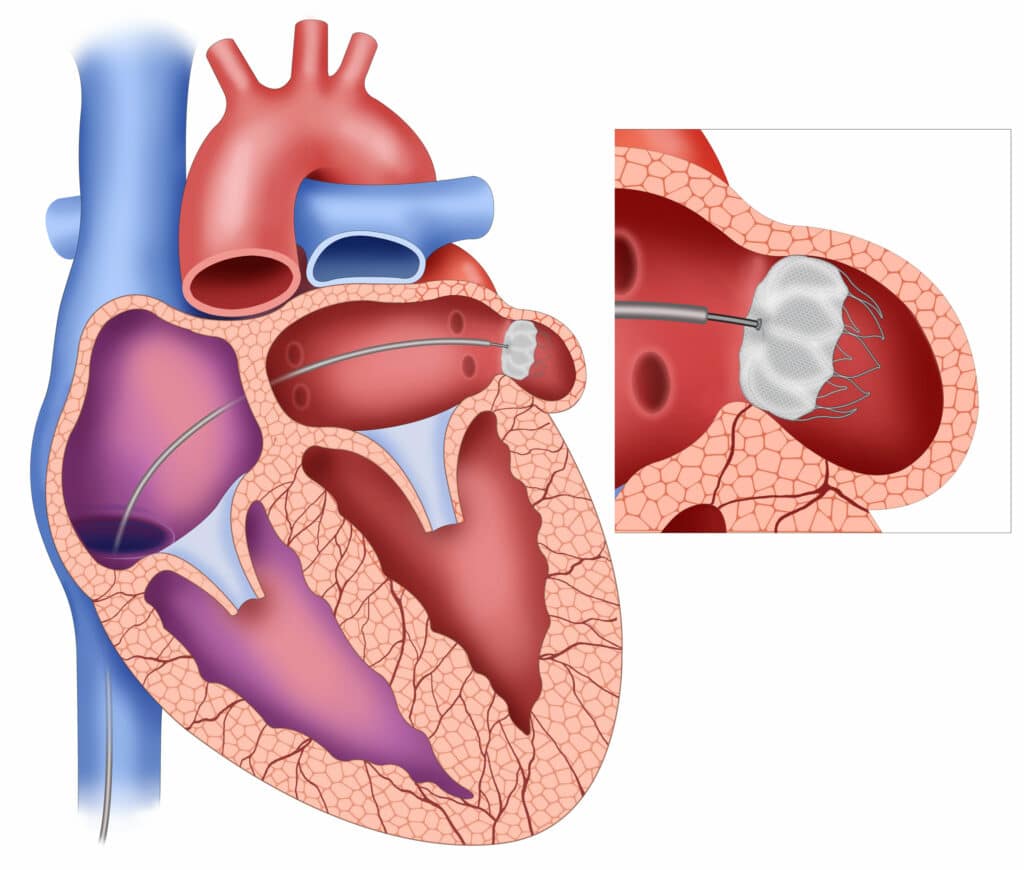 The WATCHMAN device closes off part of the heart where blood can pool in patients with AFib.

Not long after Mike’s transfusion scare, he was attending a meeting of the Methodist Richardson Advisory Board when Dr. Nguyen gave a presentation on the WATCHMAN implant, a relatively new technology at the time.

More than 90 percent of strokes in people like Mike with non-valvular AFib are caused by clots that originate in the left atrial appendage, so closing off this part of the heart can effectively reduce stroke risk.

“WATCHMAN is a minimally invasive procedure where I make a small incision in the upper leg and insert a narrow tube that allows me to guide the implant into the LAA of your heart,” Dr. Nguyen says. “In the weeks after, heart tissue begins to grow over the implant to form a barrier against blood clots.”

Mike was curious if this could be an option for him, so he approached Dr. Nguyen after the presentation.

“A few months later we scheduled my surgery,” Mike says. 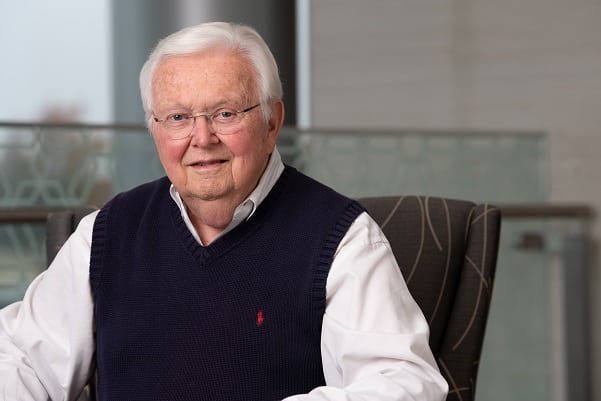 In July 2018, Mike had a WATCHMAN implant placed in his heart and went home the very next day.

After 45 days, he had an ultrasound to confirm tissue had grown over the device giving him the all-clear— much to the relief of his wife of almost 60 years, Dolores, their three children, and two granddaughters.

And for Mike, never having to take blood thinners again has made a world of difference, as has the peace of mind over his stroke and bleeding risk.

“It has been life-changing,” Mike says.