Amber Boswell holds her Navajo heritage dear, so when it came time to deliver her children, she wanted a hospital and healthcare team that would respect her holistic approach and desire for natural birth.

“Culturally there’s a significance there for me,” says Amber, an enrolled member of the Southern Ute Indian Tribe. “The team respected my wishes, and there was never any pushback. In those precious moments, one of the most important things is to be heard and respected.” 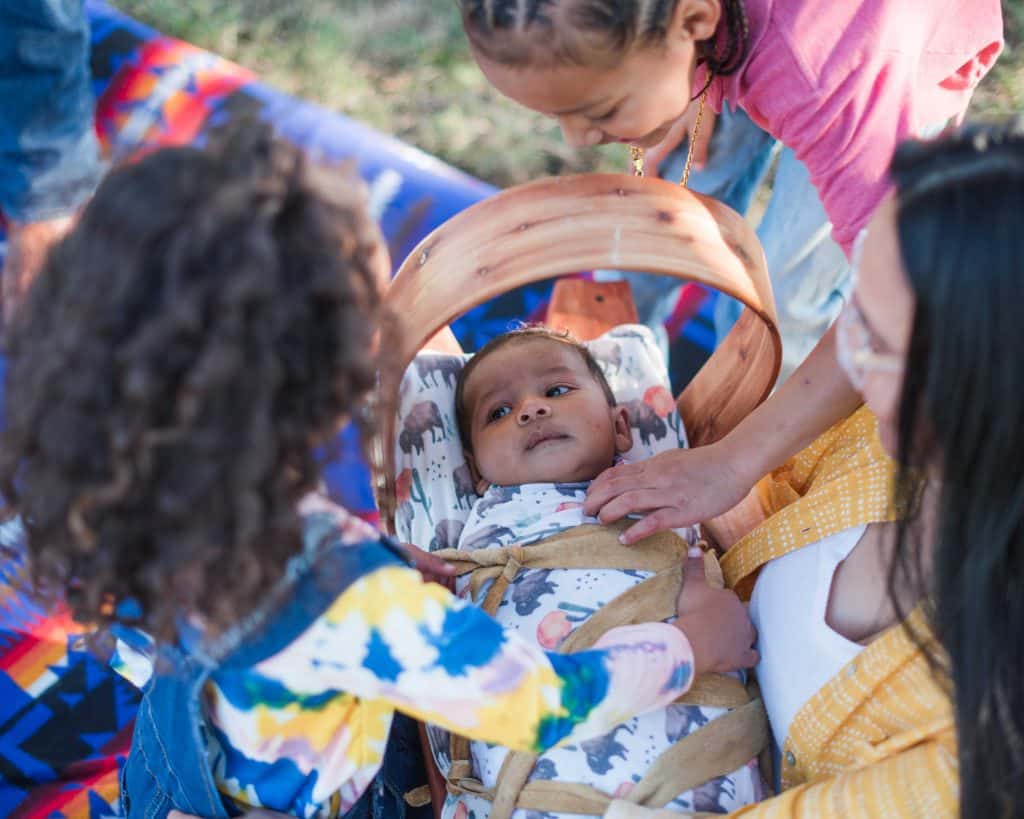 Amber uses a traditional Navajo cradleboard to protect and carry Jaden during his infancy.

Jaden was delivered by Heather Havener, MD, OB-GYN on the medical staff at Methodist Mansfield. She makes a point to have open and honest conversations with each patient, right from the start.

“The key is that the patient understands ahead of time that different things can unexpectedly come up during delivery,” Dr. Havener says.

For Amber, things went just as she had planned.

“Everybody was always so open to whatever I needed,” she says, praising the nurses who took care of her “like they were my mom.” 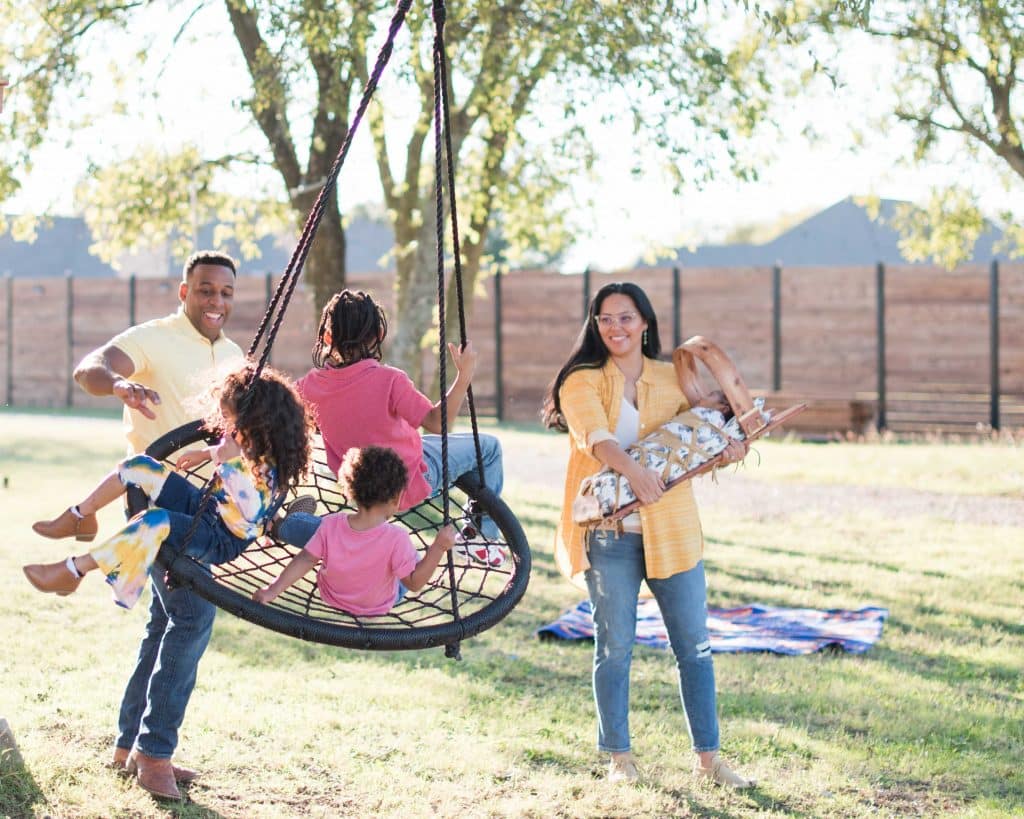 Amber, with her husband Josh Boswell, had all four children at Methodist Mansfield Medical Center.

STICKING TO THE PLAN

Starting with her first baby in 2014, Amber laid out a birth plan in detail with each of her OB-GYNs. Among other things, the plan emphasized two requests that years later, have become the new normal: immediate skin-to-skin contact and delayed clamping of the umbilical cord.

“I really wanted to do this on my own and for the birth to be our shared experience, without relying much on outside help,” she says.

Amber read everything on natural birth that she could get her hands on, while also taking advantage of the childbirth classes offered by the hospital and taking a tour, visits that must be done virtually now during the pandemic.

“We got to see the labor and delivery rooms and check out what all the resources looked like, from birthing bars to baby monitors,” she says. “So we knew what to expect.”

Just before midnight on Dec. 31, 2014, Amber went into labor and was rushed to Methodist Mansfield to find a staff “super excited” to meet the soon-to-be 2015 New Year’s baby.

That first natural birth, with Joshua, went just as Amber had hoped. She has since replicated it three more times with Lilla Raye, Jakobi, and Jaden. Each time, she got just what she needed: her newborn delivered quickly into her arms and under her watchful eye.

“I’m one of those moms who needs to know where my babies are at all times,” she says. 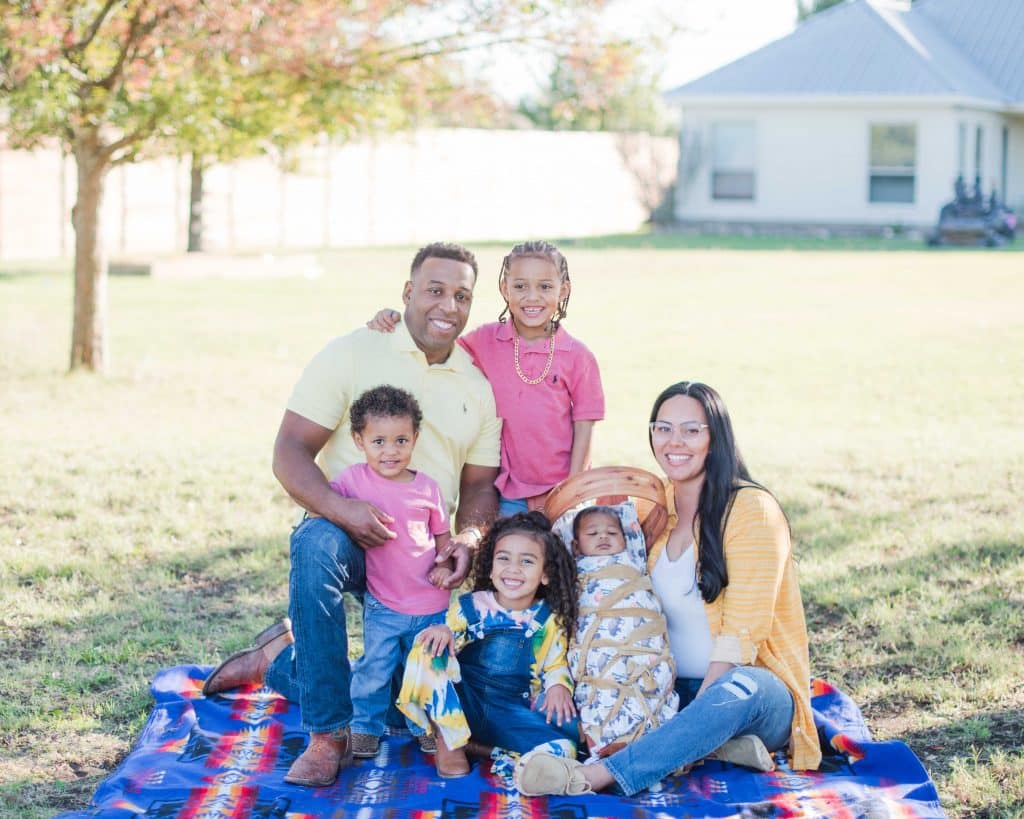 Amber says she also knew where help was at all times, backup resources from registered nurses to lactation aides that are critical for experienced and new mothers alike.

“It didn’t matter that this was my fourth baby,” says Amber, who singled out one lactation consultant for special praise. “She just said, ‘I know you know how this goes, but how can I help?’”

Expecting a cursory explanation of feeding schedules, Amber got so much more, even learning a new approach in the process.

Now a mom four times over, Amber still raves about each and every team that helped her bring her children into the world, just the way she wanted.

“Each time it was like it was my first baby,” she says of the level of care she received at Methodist Mansfield. “I really felt like I was being taken care of, and that I was being listened to.”