High school senior Nadia Gomez thought she was at the top of her game as a competitive cheerleader last year when an unexpected diagnosis (and eventual liver transplant) turned her world on its head.

The 18-year-old athlete, who never struggled with health complications, was blindsided when a doctor revealed her liver was shutting down in December.

“I hardly ever get sick. I don’t get colds or have allergies,” Nadia says. “This caught me completely off guard.”

It was this sobering news that brought the Fort Worth teen to The Liver Institute at Methodist Dallas Medical Center, where she became the hospital’s 1,000th liver transplant patient. 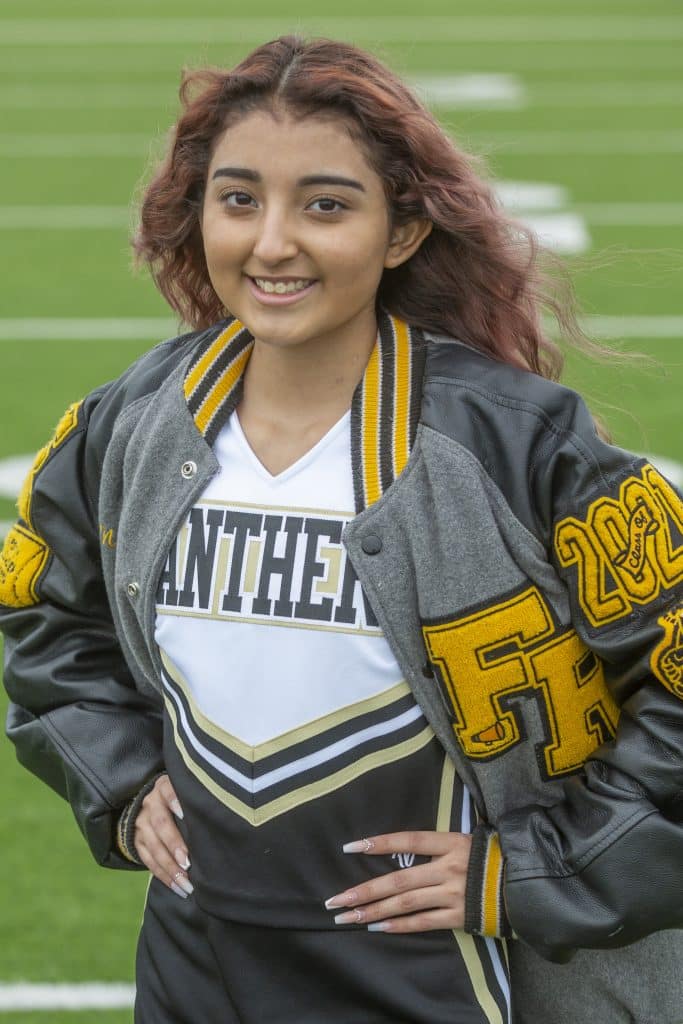 Last fall, Nadia was juggling a part-time job, school, and cheerleading, so she didn’t think twice when she began feeling tired. Not until her mother, Valarie, noticed something strange.

“I was looking straight at her, and I could see that her eyes were yellow,” Valarie says. “So I took her to the nearby emergency room.”

A blood test showed Nadia was suffering from liver damage. That explained the yellow tint to her eyes, a sign of impaired liver function. The physician who saw Nadia recommended she be transferred to a transplant center.

“I was in complete shock,” Nadia says.

The doctor reached out to Methodist Dallas. On call that day was Ashwini Mehta, DO, transplant hepatologist on the medical staff at The Liver Institute. She accepted Nadia for an urgent transfer out of concern her liver was failing.

“By the time she got here, Nadia was already going into acute liver failure,” Dr. Mehta says. “I wanted to see if we could use aggressive treatments to avoid a transplant, but within two days, it was clear that she needed a new liver.”

There was so much damage that a lot of Nadia’s liver was dead tissue. She was placed on the transplant list, and a match was found within 48 hours.

LOOKING FOR A CAUSE

It’s hard to pinpoint an exact cause for Nadia’s liver failure, Dr. Mehta says. A vast number of drugs and diseases can damage this vital organ.

Nadia says she had taken herbal supplements a few times before her hospitalization, but Dr. Mehta says her condition was more likely caused by autoimmune hepatitis, a disease in which the immune system attacks healthy liver cells.

Scientists believe a combination of genetic and environmental factors can raise the risk for autoimmune hepatitis.

“It’s not something you can predict, unfortunately,” Dr. Mehta adds.

In hindsight, Nadia says there were a few subtle signs of her declining health. Her energy level was low, and there was swelling in her legs. But she reasoned it was because of her hectic schedule and muscle-building cheer workouts.

“During her competitive season, Nadia always sleeps more and eats less,” her mother says. “None of us realized what was actually happening.” 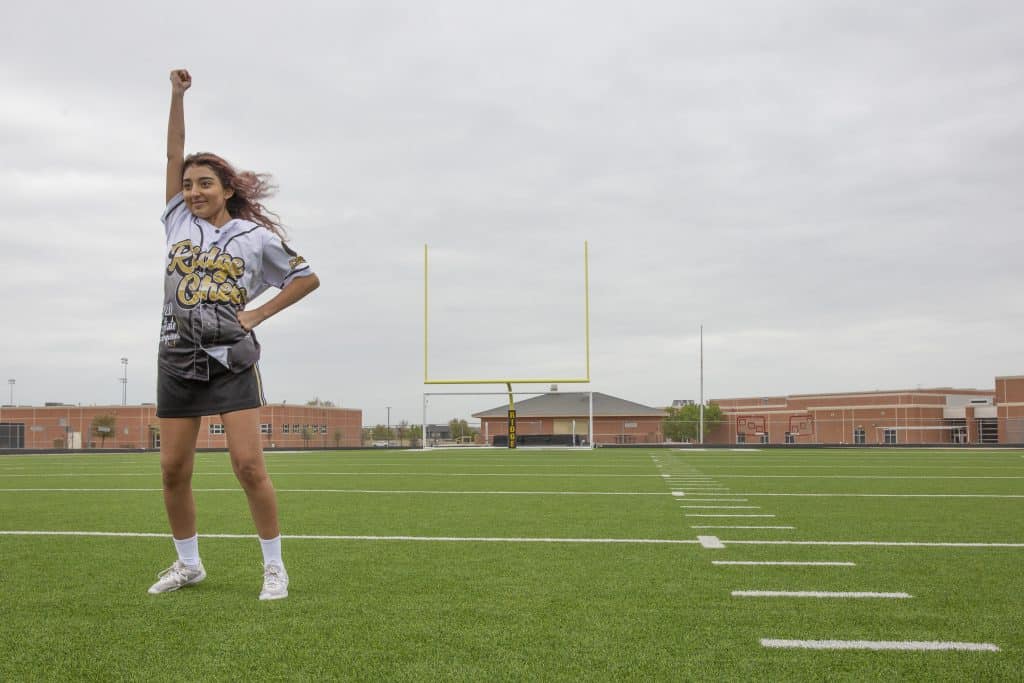 Nadia headed into surgery on Jan. 7, barely a week after her initial ER visit.

The surgery was performed by Alejandro Mejia, MD, FACS, executive program director of organ transplantation at The Liver Institute at Methodist Dallas. Dr. Mejia says Nadia’s case stood out because most of his patients have years’ worth of chronic liver damage.

“Nadia is one of the youngest patients I’ve had,” he says. “But looking at her liver function, she was about to go over the cliff.”

The transplant was successful, but it took a while for Nadia’s body to adjust.

“Her immune system is really, really strong — it’s what we think caused her liver damage to start with,” Dr. Mehta explains. “So when we transplanted the new liver, her body recognized the tissue as foreign and started to attack it. We see this a lot in younger people because their immune system is much stronger than older patients.”

Doctors administered drugs to suppress Nadia’s immune response, and she began to regain her strength.

“Nadia was a great patient,” Dr. Mejia says. “It was a hard situation, but she was very mature and never complained.” 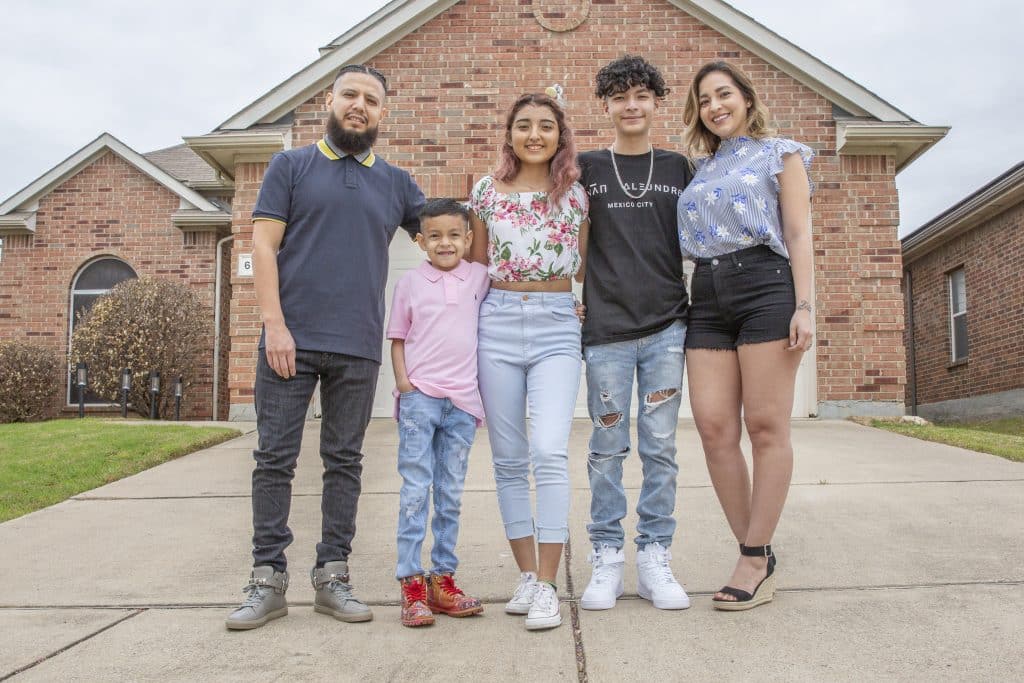 LOOKING TO THE FUTURE

Nadia is now back home with her parents and two little brothers. She’s doing school online now and hopes to return to cheerleading in a few months. She says the support she’s received from her coach, teammates, and teachers has been incredible.

“My coach sent me a video of the cheer team praying for me at the last practice before the state competition,” she says. “They were constantly checking on me and even made headbands that say ‘Cheer for Nadia.’”

Nadia also credits her mother for supporting her through the scariest moments. Because her father had to stay home to care for her little brothers and the hospital’s limits on visitors during the pandemic, Valarie was the one by Nadia’s bedside every day.

“I think the only reason I stayed strong through everything is because my mom is such a strong-minded woman,” Nadia says.

Nadia feels stronger every day and is happy to be with her loved ones again. She has a new outlook on life and hopes her story will inspire others to prioritize their health. Nadia and her family say athletes should get blood tests done each year before their competitive season to make sure internal injuries don’t slip through the cracks.

“We get physicals every year, but that may not tell us if there’s anything wrong internally. I think we need to take better care of our health and get routine checkups to catch things like this,” Nadia says. “I feel like this is my second chance to live the life I want.”