Chronic tingling in your hands is a bad sign. You may not need a doctor to tell you that, but you will need one to tell you whether it’s carpal tunnel syndrome.

“Look for numbness, especially at night,” says Shaun Garff, DO, sports medicine specialist on the medical staff at Methodist Mansfield Medical Center. “People wake up, and their hands are always asleep. That’s a red flag.”

CTS is the most common form of entrapment neuropathy — a nerve disorder that causes pain and loss of function. Up to 6 percent of adults in the U.S. suffer from CTS, and many won’t seek treatment until the damage is already done.

“The sooner you see a doctor the better,” Dr. Garff says. “Because we don’t want that nerve damage to progress to severe disease.”

By then, surgery may be the best solution, and new minimally invasive procedures are available. But there are more conservative alternatives if your case is mild.

Diagnosing the problem is the first step. 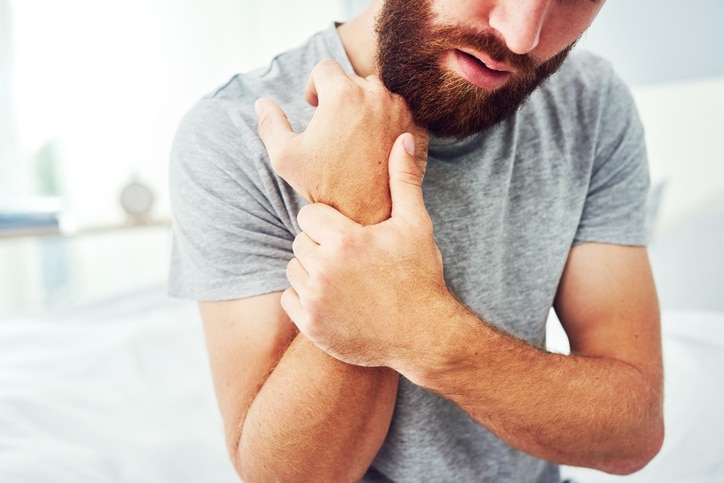 The carpal tunnel is a canal of bones and ligaments inside your wrist that allows the median nerve to pass into your palm. That nerve controls sensation in the thumb and first three fingers (a different nerve serves the pinky, as well as half of the ring finger).

There’s rarely anything wrong with the nerve itself when you have CTS, but rather the tunnel has narrowed so much that the nerve becomes pinched.

Sometimes a traumatic injury narrows that tunnel, squeezing everything inside it. Other patients may be predisposed to the condition by genetics.

“We’re seeing that more and more where this is the kind of just the way you were built,” Dr. Garff says.

But more often than not a repetitive motion injury gets the blame. Recent data suggest typing and texting are rarely the cause, but they do make CTS symptoms more noticeable. 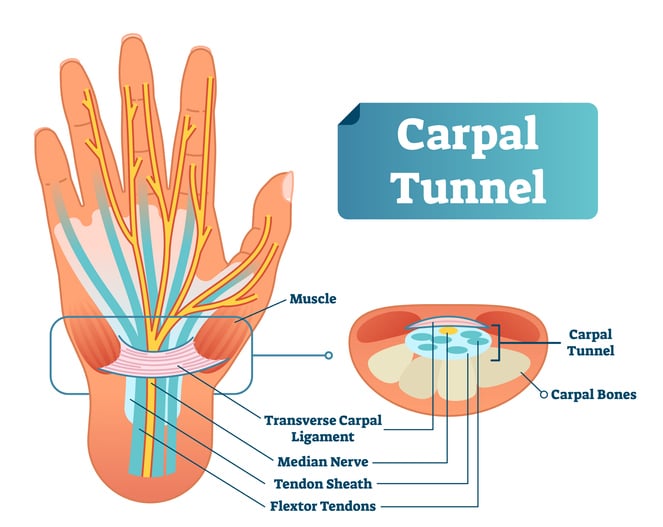 WHAT ARE THE SYMPTOMS?

CTS progresses gradually, starting with numbness and tingling, often in the thumb and index finger of the dominant hand. Patients may feel the need to “shake out” their hands at night.

Pain later emerges during the day and may make the hands feel weak or swollen, even though there is no swelling apparent.

In advanced cases, CTS sufferers may find it difficult to perform routine tasks like grasping small objects, and muscles at the base of the thumb may waste away.

“Once that nerve gets so pinched that it starts to affect the muscle, that can be difficult to recover from,” Dr. Garff says. 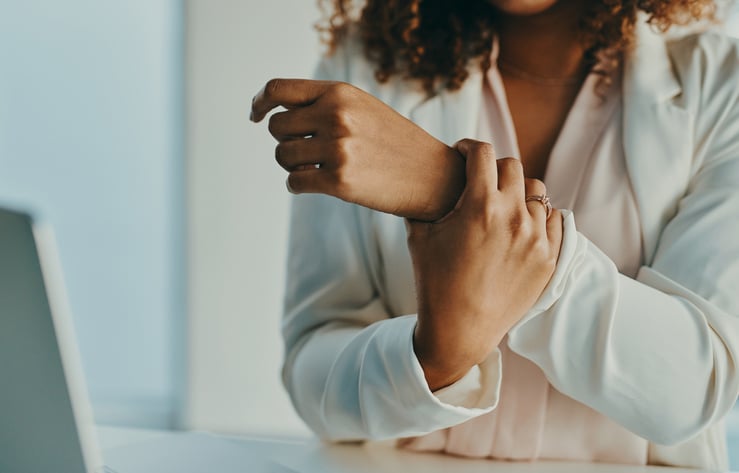 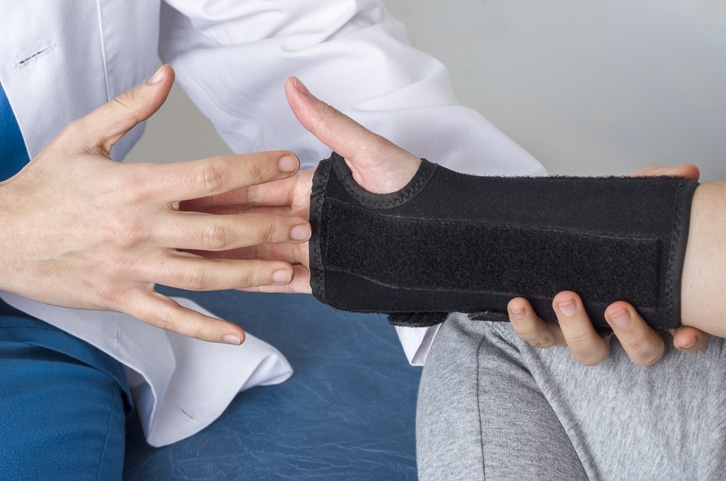 Once CTS has been diagnosed, physicians like Dr. Garff will typically exhaust conservative treatments before considering surgery.

That includes taking frequent breaks during the day and wearing a brace on your wrist at night. In mild cases, symptoms can resolve after a few weeks of nightly splinting.

Over-the-counter medicines and prescription corticosteroids can also help with the pain, though these tend to be short-term solutions. And some experts recommend yoga to reduce pain and improve grip strength.

Surgery may be necessary when other treatments fail, Dr. Garff says, and a procedure called carpal tunnel release has become one of the most common surgeries in the U.S. 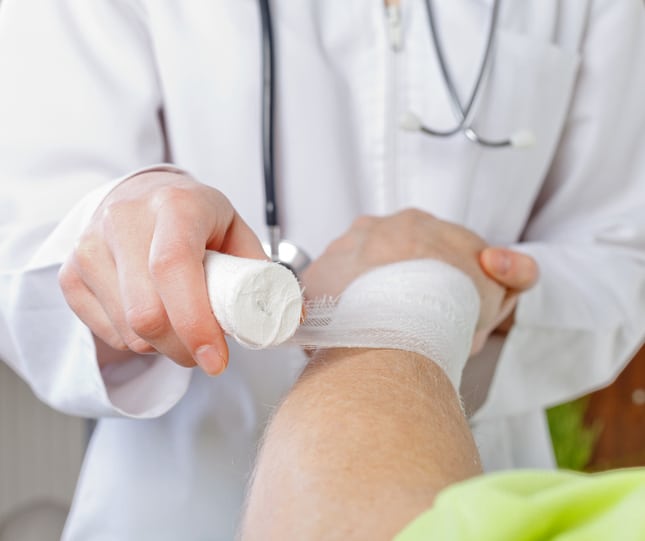 The procedure involves severing a ligament in the wrist to expand the carpal tunnel to “give the median nerve breathing room,” Dr. Garff says.

“The whole idea is just to allow that tunnel to expand and not trap that nerve anymore,” he says. “You don’t actually lose any function or strength in the wrist.”

There are three options to consider:

Dr. Garff prefers the third minimally invasive option because it requires only local anesthesia (rather than general anesthesia for the first two options) and takes only a few days to heal.

“People are literally having it done Thursday or Friday, take the weekend off, and then they’re back to work Monday,” Dr. Garff says.

Is it safe to take sleeping pills every night?

Face masks are now a COVID-19 must, so make yours count
Can a COVID-19 test reveal which variant made you sick?
How Delta is different, from symptoms to who's catching it
Is sunless tanning safe?