In 30 years as a paramedic and firefighter, Capt. Craig Kirk of the DeSoto Fire Department has responded to hundreds of emergencies. Many of those calls ended at Methodist Dallas Medical Center.

Last August, it was Craig who was hurt when his feet were pinned in a fire ladder.

“All I could feel was pain,” says Craig, who was rushed to Methodist Dallas, the same hospital where he’s taken so many other trauma patients over the years.

At the time, Craig was afraid he would lose one or both of his feet, and his doctors were concerned, too.

“I was quite honest with him about the fact that he may lose his right foot,” says Edgar Araiza, MD, orthopedic trauma surgeon on the medical staff at Methodist Dallas.

Even if his feet could be saved, Craig thought, he would never work as a firefighter again.

But neither of those fears came true, thanks to the team at Methodist Dallas, including Dr. Araiza, and wound care specialist Maryam Raza, MD, another member of the medical staff at the hospital.

“Without them, I would not be back on the job today,” Craig says.

Last summer, Craig and his crew were called to a burning DeSoto ISD building around 4:30 a.m. The fire truck’s hydraulic ladder was set up so Craig could take a look at the roof.

Once he surveyed the storage building, Craig made the mistake of riding the ladder down, and his left foot got caught in the rungs. His attempts to free himself from the mechanism — which exerts 10,000 pound-force per square inch of pressure — only made things worse.

“I caught my right foot trying to get my left foot out,” he says.

Hearing his shouts, firefighters on the ground stopped the ladder from retracting. Once he pulled his feet out, Craig still had to climb the 35 feet back to solid ground.

“My feet hurt so bad, I couldn’t feel the rungs of the ladder,” he says, so someone had to yell up at him to let him know when he had a stable foothold.

At the hospital, he saw a familiar face: Robert Simonson, DO, chair of the Emergency Medicine Department at Methodist Dallas.

“When Dr. Simonson walked in the room, I immediately thought, ‘Hey, that’s Dr. Bob. I’m going to be all right.’ I’ve known Dr. Bob for 30 years, my whole career.” 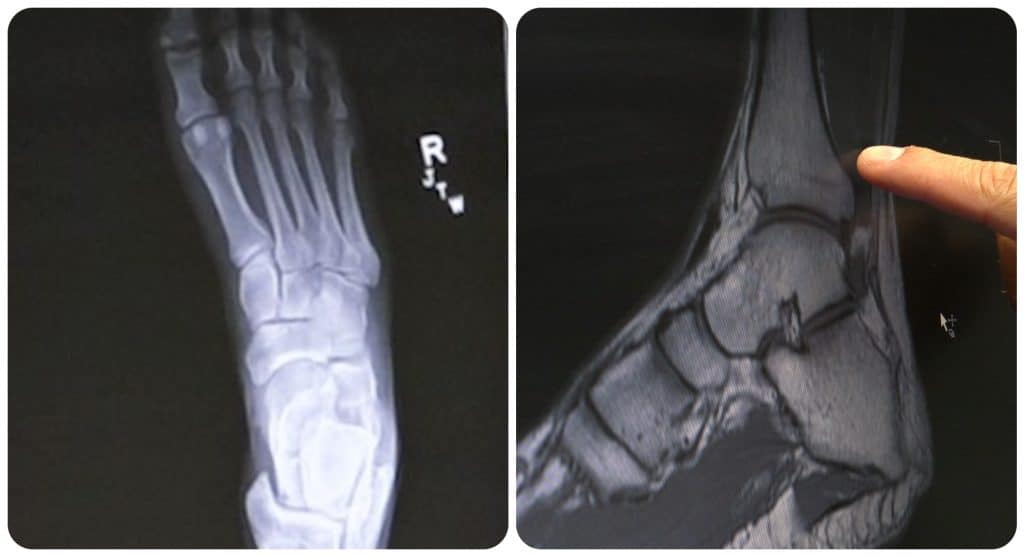 Dr. Araiza, the trauma surgeon, assessed the scans, which showed fractures in both feet.

“He lost most of the blood flow in his right foot and some of the skin,” Dr. Araiza explains. “And he snapped his left Achilles tendon where it connects to his heel bone in the back of his leg.”

Because Craig was determined to get back to peak physical condition and return to work, Dr. Araiza recommended surgery to fix the tendon, similar to how he would treat a professional athlete.

“He’s a high-level athlete in the sense that as a firefighter, he has to climb ladders, carry people, and carry large pieces of equipment for long periods of time,” Dr. Araiza says.

Using a minimally invasive procedure, the surgical team made small incisions on Craig’s left foot, suturing the ruptured tendon and reattaching it to the bone. Then they used a splint to help aid Craig’s recovery.

“I can’t thank them enough for what they did,” Craig says.

‘THEY WERE A GODSEND’

Surgery wouldn’t remedy Craig’s right foot, so he had to rely on the expertise of the wound care team at Methodist Dallas.

“When he came in, he had started developing gangrene on his toes because of the traumatic injury,” Dr. Raza recalls. “His toes had started turning black.”

The infection was killing the tissue, so Dr. Raza and her team prescribed a strict regimen of antibiotics and ointments.

With the support of his doctors, nurses, and physical therapists, Craig began to turn a corner after months of physical therapy to restore blood flow and use of his right foot. New skin closed the wound, and the infection disappeared.

Dr. Raza says it was a rewarding moment to see Craig leave her clinic.

“That’s what we do here in the wound clinic,” she says. “The reason why we’re so successful is that we work as a team.”

Craig says the wound care clinic played a big part in his recovery, swooping in when he was sure he would lose his right foot.

“They were a godsend,” he says. 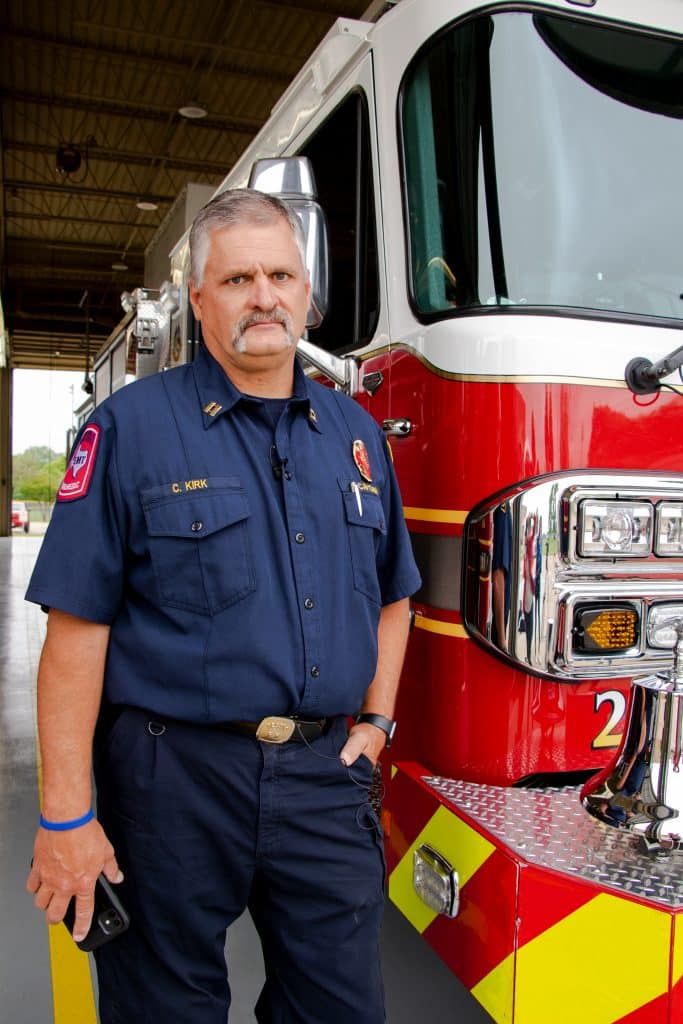 BACK ON THE JOB

Five months after the accident, Craig returned to DeSoto Fire Station No. 261. His first day back marked a major personal victory.

“I came back on January 26,” Craig recalls. “The first thing I did was climb up on that engine. When you get thrown off the horse, you get back on it.”

Dr. Araiza says it has been equal parts rewarding and humbling to see Craig back at work.

“I’m very proud of Capt. Kirk and his hard work and his recovery,” he says. “We’re grateful for our first responder community. We always want to be there for them because they’re always there for us.”

Preventing falls a critical step to staying active as a senior
Easing a family's Alzheimer's struggle
Ready for vacation? Don’t forget your travel medicine
Carbs are not the enemy