Joe Walker and his cardiologist have what you might call a love-love relationship.

“He calls me Cowboy Joe, and he likes my Danners,” Joe says, recalling the snake protection boots. The patient and physician visit with good-natured chiding, but when it comes to saving Joe’s life, they’re both all heart.

With 3,000 acres and cattle to tend, the 68-year-old ranch manager isn’t used to falling down on the job. In September 2015, when Joe started having fainting episodes when he’d stand up, he went to Alan Taylor II, MD, FACP, FACC, cardiologist on the medical staff at Methodist Mansfield Medical Center. Joe was diagnosed with bradycardia (slow heartbeats) and had a pacemaker implanted to control his heart rate.

A few months later, Joe and his wife, Mickey, were working cattle in the south field when weakness, fever, nausea, and arm pain hit Joe all of a sudden.

“I hit the last cow on the rear to get it moving and woke up in the hospital,” Joe recalls. In the Methodist Mansfield emergency department, tests ruled out heart disease and a heart attack, but an angiogram showed two major heart blockages: 100 percent in the main artery down the front of the heart and 95 percent in the artery that wraps around the left side.

The treatment was a two-vessel bypass surgery performed by Darien Bradford, MD, cardiothoracic surgeon on the medical staff at Methodist Mansfield. “I’ve never met two doctors more friendly or capable than Dr. Taylor and Dr. Bradford,” Joe says. “Their caliber is beyond what I can comprehend.”

Joe’s second lifesaving encounter came just a few weeks later, in January 2016. He came to the emergency department with unexplained swelling in his throat that was diagnosed as a blood clot in his right internal jugular vein — the blood vessel that carries oxygen-depleted blood from the brain down to the heart and lungs. He was admitted to the hospital for further observation. While there, the clot broke off from the jugular vein, went through the heart and into the lung arteries, creating a condition known as a pulmonary embolism.

“Everything went black,” Joe recalls. “And when I came to, there was a code team in the room.”

“Pulmonary embolisms can cause shortness of breath, passing out, or possibly even death,” Dr. Taylor says. “Fortunately, Joe was already at Methodist Mansfield, so we were able to provide the care needed to keep him stable and get him on the mend.” 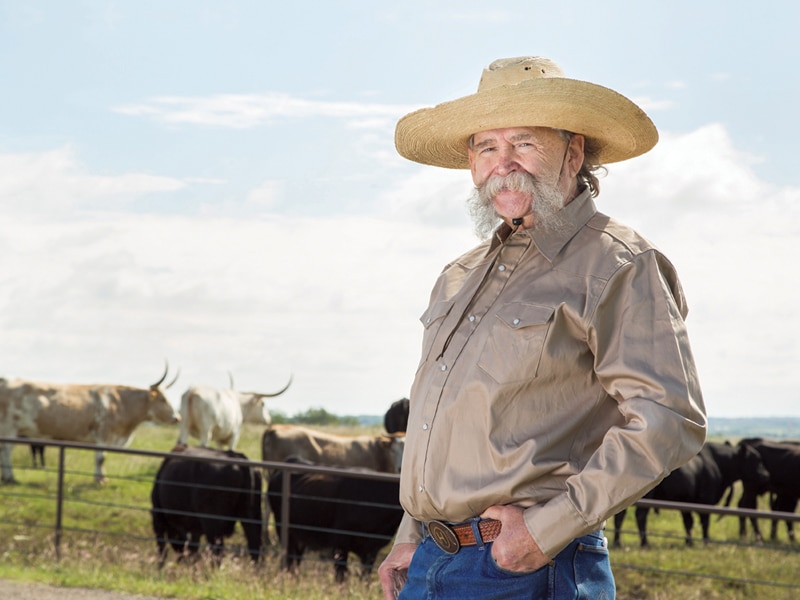 With his critical care needs behind him, the team turned to Joe’s ongoing cardiac needs. The nature of Joe’s work means his lifestyle changes by the season — a challenge his city-dwelling counterparts rarely have to face. Medication balance and fluid intake are more difficult to sustain. Dr. Taylor’s solution: change Joe’s dosages to meet his lifestyle needs.

“He exerts himself and sweats significantly more in the summer, so that plays with how his body absorbs the medication,” he says. “It’s been rewarding to see Joe’s success with an alternating approach.”

Joe’s strong bond with Methodist Mansfield continues, as he relies on the hospital for treatment of other health issues and continues his relationship with Dr. Taylor for ongoing cardiac care.

HEART CARE YOU CAN TRUST
The team at the Amon G. Carter Foundation Heart and Vascular Center at Methodist Mansfield is here for you.

Ignoring arrhythmia could raise your stroke risk
Danger in the sun: Spot the signs of heat stroke
Colorectal cancer survivor says COVID-19 saved her life
Back to school: Bright-eyed or bleary-eyed?