When Crest Whitaker suffered a heart attack during a workout, the quick responses of those around him saved his life.

Retired Dallas firefighter Lt. Crest Whitaker was working out at his local YMCA last fall when he began to get woozy.

Another gym-goer saw he needed help, so she notified a staff member, and they called 911.

Crest fell unconscious and was taken to Methodist Charlton Medical Center, about a mile from the YMCA.

Doctors at Methodist Charlton quickly determined that Crest had suffered a devastating heart attack. He credits first responders and the hospital for saving his life.

Crest raised a family of first responders — his son is a Dallas firefighter, and his daughter is a police officer — so they all know from experience that seconds count for patients like him. It was his son’s colleagues who rushed him to Methodist Charlton.

“It was a miracle on Wheatland Road,” Crest says. “It’s just humbling, and that’s why I am honored to share my story with others.” 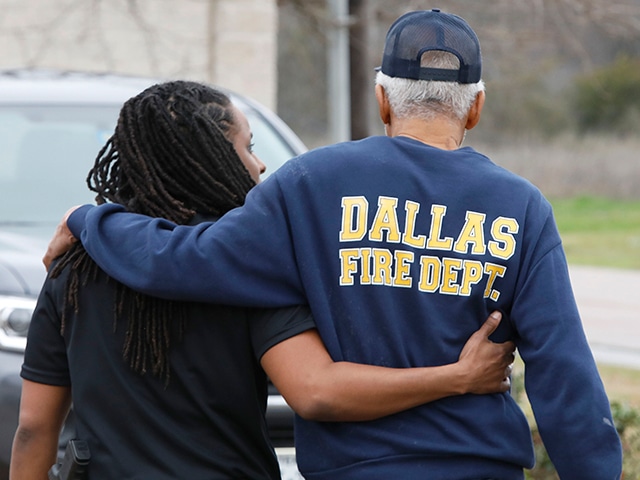 Fitness is important to Whitaker, who played basketball at North Texas State and had a short stint playing professional football. But being a regular at the gym didn’t spare him — hardly surprising to his cardiologist.

“Cardiovascular disease remains the leading cause of death in the United States,” says William Posligua, MD, interventional cardiologist and medical director of the Heart Failure Clinic at Methodist Charlton. “Approximately every 40 seconds, someone in the U.S. will have a heart attack.”

The heart attack was so severe that Crest’s heart couldn’t pump enough blood to his organs, a condition known as cardiogenic shock, and his kidneys were damaged.

Doctors immediately decided Crest needed surgery to receive a heart pump, but the first implant didn’t keep up because of Crest’s height. Complications made a more extreme step necessary.

After the procedure, Crest’s condition quickly improved. A few days later, the pump was removed, and Crest began taking medications to complete his heart’s recovery. But, his kidneys were still not functioning properly. 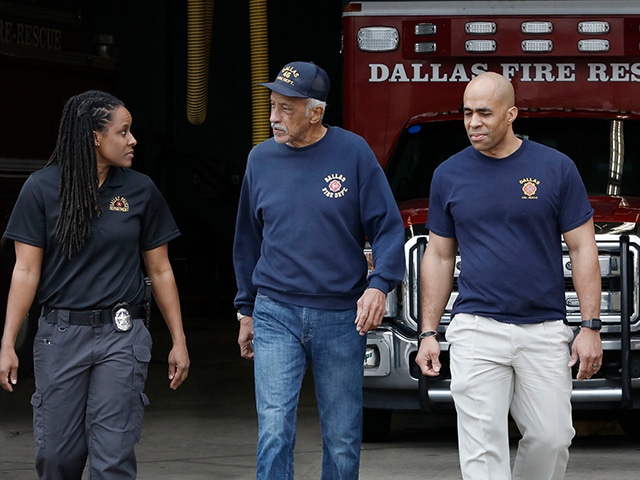 Retired firefighter Crest with his daughter, Chelsea, and his son, Creston, who is a fellow member of the Dallas  Fire-Rescue fraternity.

Taking care of his kidneys

Damage to Crest’s red blood cells required dialysis to clean up the kidneys, said Mario Robles, MD, a nephrologist on the medical staff at Methodist Charlton.

When Crest left the hospital, Richard Fuquay, MD, another nephrologist on the medical staff, took over his care and found him to be an ideal patient.

Coming in for dialysis three nights a week, Crest, a man who proactively talks about his faith, put his faith in God and his doctors — and soon saw results.

“Within the first two weeks of treatment, his numbers started to go down,” Dr. Fuquay says. “Right before Christmas, he wrapped up.”

“It was a miracle on Wheatland Road.”

Crest trusts Methodist Health System to handle all aspects of his care. He goes to the Heart Failure Clinic at Methodist Charlton for check-ups, and his primary care physician practices at another Methodist facility.

“He’s a patient who has covered the whole spectrum of care at Methodist, and I think that’s what is really special about his story,” Dr. Fuquay says. “All transitions between his care were super risky, but he made it.”

With his children in uniform, Crest knows the ranks of first responders he left behind after retirement are in good hands. And so is his health, thanks to the team at Methodist.

“It was so comforting to me to have that care that I received,” he says. “It was just incredible.”