Pregnancy is a special time that nonetheless comes with its share of anxieties. For about 1 in 25 mothers, those worries include preeclampsia, high blood pressure during pregnancy.

And while giving birth usually resolves the condition, especially for women who never dealt with hypertension before, the dangers of preeclampsia (pronounced pree-uh-klamp-see-uh) can linger even after a mother safely delivers her baby.

“Preeclampsia can cause kidney damage, temporary liver damage, and even cardiovascular problems,” says Theresa Patton, MD, OB-GYN on the medical staff at Methodist Dallas Medical Center. “Left untreated, it can cause life-threatening complications.”

The same is true for “postpartum preeclampsia,” which could lead to cardiovascular disease, stroke, brain damage, or death. That’s why it’s so important for a new mother to follow up with her doctor in the days and weeks after giving birth.

“Some women experience postpartum preeclampsia at the time of delivery and then get better, and when the patient goes home, their symptoms get worse again for whatever reason,” Dr. Patton says.

Here’s more advice from Dr. Patton about managing high blood pressure during (and after) pregnancy. 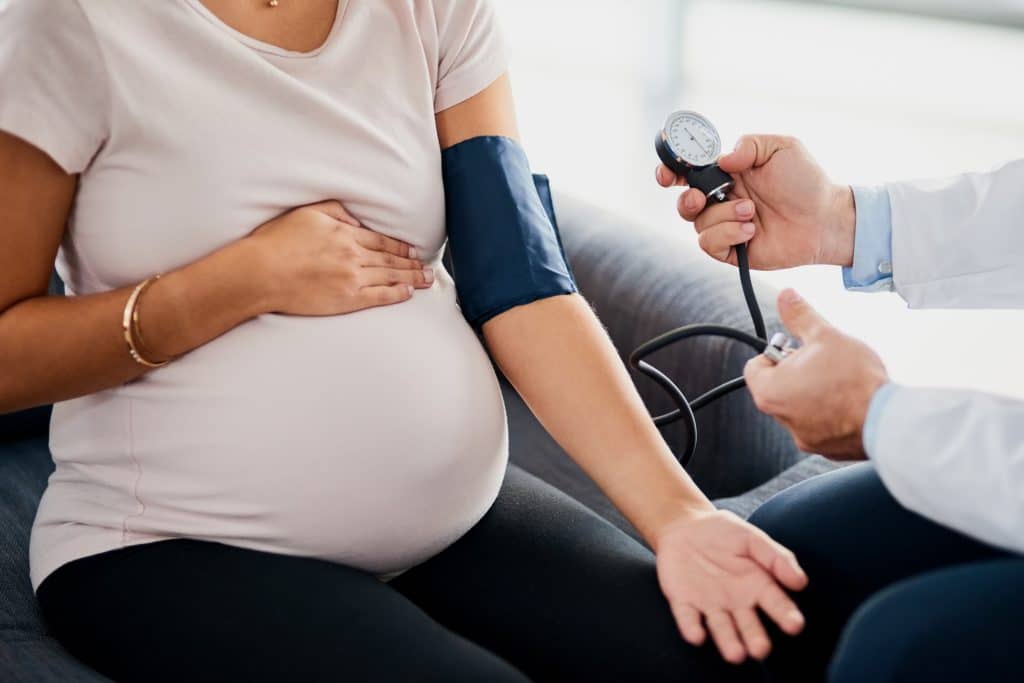 The symptoms are the same regardless of whether they occur before birth or get worse afterward (postpartum preeclampsia):

Superimposed preeclampsia is a dangerous condition where patients with chronic high blood pressure before pregnancy suffer from preeclampsia. It requires careful monitoring and proper care from a healthcare provider to prevent complications. 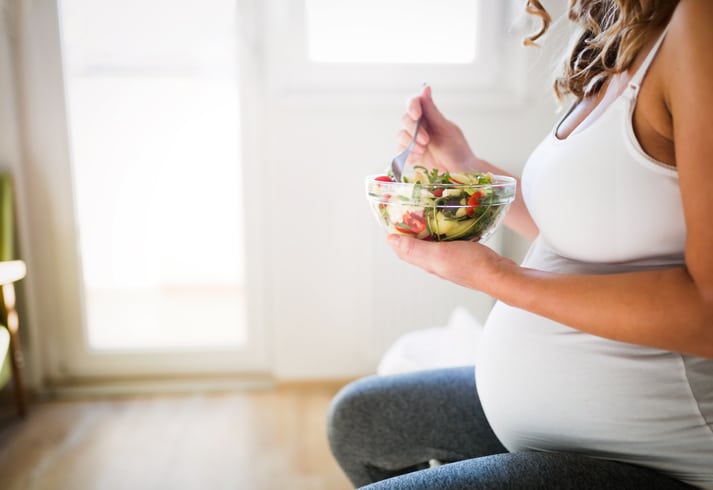 You might think eating healthier or cutting down on salt would help curb high blood pressure in pregnancy. But preeclampsia is different from run-of-the-mill hypertension, and there’s no sure-fire way to avoid getting it before or after a pregnancy.

“The way we’d avoid high blood pressure does not apply to preeclampsia,” Dr. Patton says. “So, your diet doesn’t impact it.”

Instead, she advises her patients to get “early and regular” prenatal care: “It’s during those visits that we pick up early signs of any complications.”

But understanding your risk factors is the first step to watching out for preeclampsia. 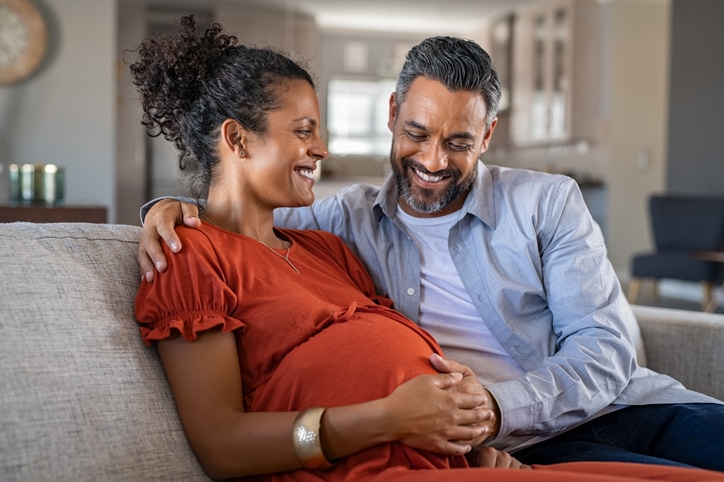 First-time moms may be most at risk for preeclampsia, but if you suffered from hypertension during a previous pregnancy, you are seven times more likely to see it return with the next baby, according to the National Institutes of Health.

Some studies suggest African-American women have a higher risk for preeclampsia. Dr. Patton says there isn’t enough scientific evidence to declare all black women are at higher risk. But there’s no doubt that black mothers are at higher risk overall and after pregnancy, too.

“Texas has a high mortality rate for black mothers,” Dr. Patton says. “Most of those morbidities and mortalities occur six months to a year after delivery, and they come from cardiovascular disease.”

She also notes that black women have historically had more limited access to healthcare. That makes her extra attentive when she takes care of her black patients.

“I am hyper-vigilant with my black patients because I know about the bias towards them in medicine, so I make sure to not miss any early signs,” Dr. Patton says. 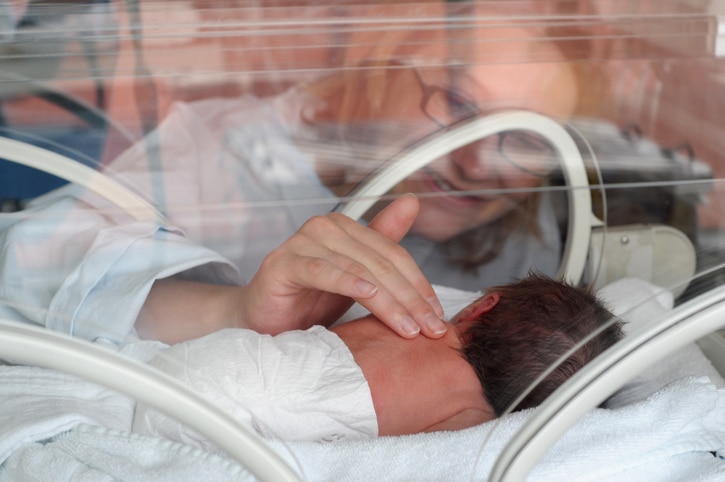 Dr. Patton determines how to treat preeclampsia based on how far along the pregnancy is:

“At this point, the chances of making it to 37 weeks is very small,” Dr. Patton says. “So, we’d do all the same things such as require twice a week visits, check their blood, and potentially refer the patient to see a high-risk doctor to do a specialized fetal test to make sure the baby is tolerating their environment well enough.”

Patton says at any point if the mother’s bloodwork returns abnormal or if her blood pressure is dangerously high, she’d move the patient to a severe category and will deliver the baby.

For many years, medical providers held that the only cure for preeclampsia was to give birth. But for some women, the condition might just get worse, recent studies suggest.

“There are rare occasions when the symptoms occur within a few days after delivery or even several weeks after,” Dr. Patton says. Even women who had uneventful pregnancies and healthy deliveries have reported spikes in blood pressure after their baby is born.

But it’s the patients who did suffer from preeclampsia whose risk for postpartum cardiovascular problems was highest, according to a 2019 study.

That 20-year British study examined 1.9 million completed pregnancies and found that the 150,000 mothers with preeclampsia faced twice the risk for heart failure and were 2 ½ times more likely than those without preeclampsia to suffer a heart attack. Additionally, they were four times more likely to suffer from chronic high blood pressure and twice as likely to die from cardiovascular disease, compared with the other moms.

It goes to show that new moms who kept a close eye on their blood pressure during their pregnancy should not let their guards down after their babies are born.

“It’s a mother’s instinct to put baby first as soon as they arrive,” Dr. Patton says. “But don’t stop listening to your own body and consult a doctor if anything doesn’t feel right.”

When a high-risk pregnancy delivers the highest reward