What would you give to save the life of someone you love? How about someone you haven’t met? About 114,000 people are on the waiting list for a lifesaving organ transplant in the U.S. — and 20 people die every day because of a shortage of transplant organs. In this article, we’ll share two stories from families of organ donors and why they chose organ donation, as well as what it meant to them.

Richard Dickerman, MD, surgical director of kidney and pancreas transplant at Methodist Dallas Medical Center, has performed more than 3,000 transplants in his career.

“Organ donors are heroes because they save lives,” Dr. Dickerman says. “They are giving a part of themselves to help someone else, and that makes them very special.” 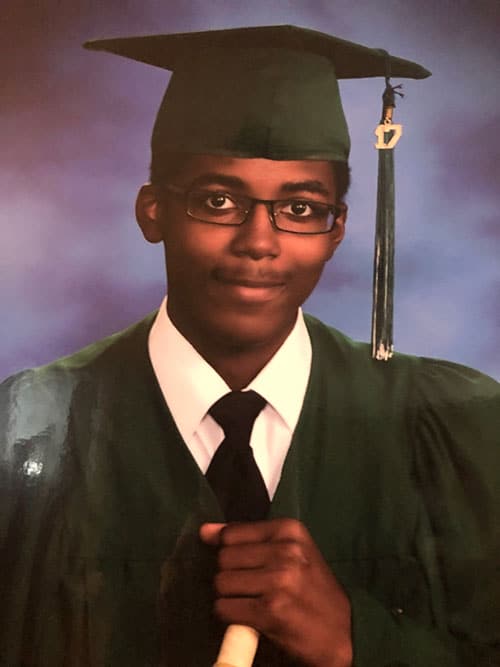 Losing a child is a tragedy most parents can’t imagine. Mark and Danita Montgomery were devastated when they lost their son, Bryce, at the age of 18. Kind and intelligent, Bryce enjoyed computer programming and was planning a career in video game design. He was riding his bicycle to work when he was hit by a vehicle. After learning Bryce would not recover, Mark and Danita elected to honor his memory and save others’ lives by donating his organs.

“It was a very difficult decision, after losing our son,” Danita says. “We made the choice because he was young and healthy, and we wanted to help someone else.”

Bryce’s organs saved the lives of five people. With tissue and bone grafting, even more individuals were helped.

“Bryce would be happy to know that he helped so many people, and that his heart and other parts of him could live on in other people,” Danita says.

About 114,000 people are on the waiting list for a lifesaving organ transplant in the U.S.

While organs and tissues may be transplanted between people of different races, success rates are higher when organs are matched with recipients of similar ethnic backgrounds. African Americans make up 29.8% of the candidates on the organ transplant waiting list — however, only 13.5% of donors are African American.

“I want to encourage the African American community to consider organ donation,” Danita says. “Think about it, pray about it, and understand how it could change someone’s life. Eventually, all our organs will turn to dust. Why not donate them to people who need them?” 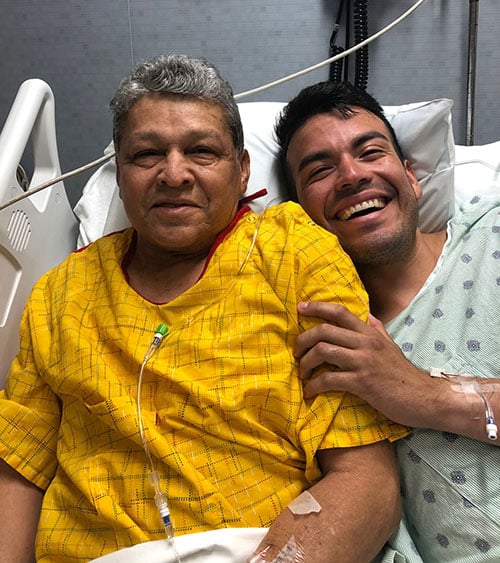 Aaron Gonzalez with his son, Aaron

Gama Gonzalez is deeply loved by his family — and he has the kidneys to prove it. In 1998, when hypertension and diabetes caused kidney failure, his sister donated her kidney to save his life. Twenty years later, Gama’s donated kidney began to fail, and he was placed on dialysis. His body weakened and his vital signs diminished. That’s when his son, Aaron, stepped in, giving his kidney to save his life.

“It wasn’t a difficult decision. Your parents give you everything,” Aaron says. “Donating an organ is a big sacrifice, but it isn’t anything love wouldn’t do.”

Before his transplant, Gama spent three days each week at a dialysis center. Now, he is relieved to have his health back, along with his free time. He has returned to regular activities, spending time with his family, and gardening with his wife.

Watch a Facebook Live video of a kidney transplant.

VIDEO: Life-saving teamwork when young runner's heart stops during race
Could vitamins help you head off severe COVID-19?
Cheerleader gets a new liver and sets a transplant milestone
Stay safe at the pool with a few COVID-19 precautions