Brenda Smith began experiencing an alarming change in her health last summer when blood clots in her lung left the 55-year-old Dallas resident struggling to catch her breath.

“I couldn’t walk very far without stopping to rest,” says Brenda, recalling her symptoms. “I made an appointment with my primary care physician, and she advised me to immediately go to the ER.”

“If she hadn’t come to the hospital when she did, her story would have a much different ending,” Dr. Nalluri says.

The test results made Brenda a prime candidate to be one of the first patients at Methodist Charlton to receive an innovative new therapy to remove the life-threatening blood clots.

“It’s hard to wrap my mind around the fact that I had multiple life-threatening blood clots in my lungs,” she says, “and only needed an hourlong procedure that didn’t even require being put under.”

Historically, major blood clots like Brenda’s had limited treatment options. Doctors relied on the use of thrombolytics or “clot-busting medications” which prevented clots from getting larger but did not dissolve them.

Thrombolytics play an important role in treatment, Dr. Nalluri explains, but they also carry a risk of excessive bleeding because they interfere with our bodies’ natural clotting process.

The good news is there have been major breakthroughs to aid surgeons performing thrombectomies, surgeries for clot removal, Dr. Nalluri says.

Recently, the FDA approved a new device that removes dangerous clots using a minimally invasive catheter-based approach. This thrombectomy device greatly reduces the risk of bleeding, and using it does not require an ICU stay.

“This approach is a game changer for patients at Methodist Charlton,” Dr. Nalluri says.

When he presented Brenda with the option of using this new treatment, she was eager to give it a try. 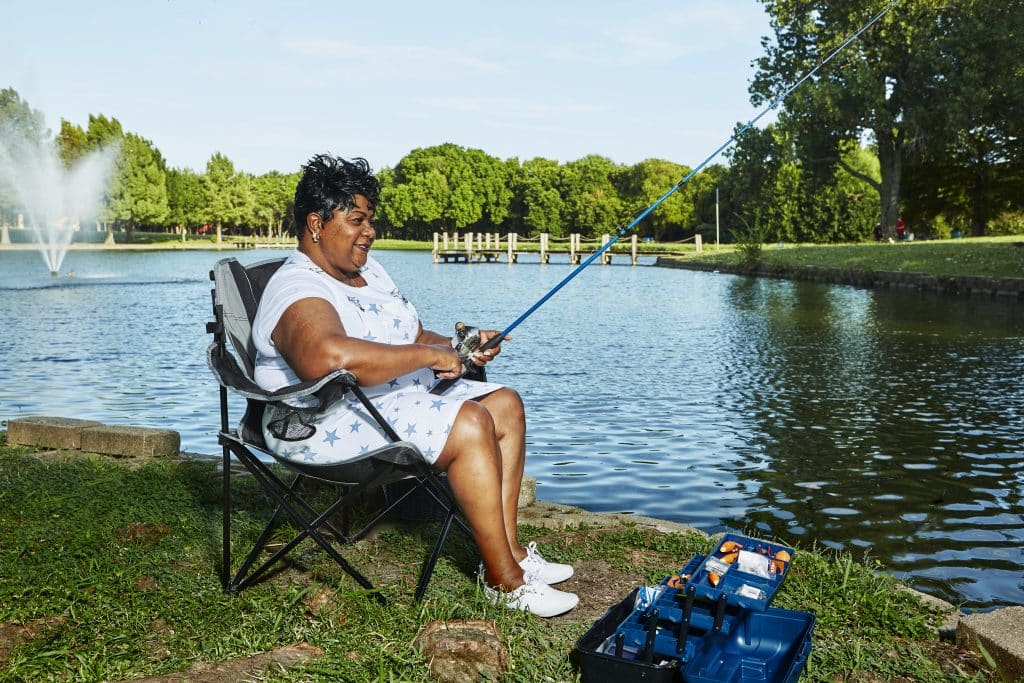 Brenda was taken to Methodist Charlton’s cath lab for the procedure. Dr. Nalluri inserted the catheter through a blood vessel in her groin and guided it via ultrasound up to her lungs. The device used suction to vacuum the clots into its tube to remove them.

“Brenda’s vitals immediately improved once the clots in her lungs were removed,” Dr. Nalluri says. “The incredible part of this story is the fact that she went home healthy the very next day after having several large pulmonary embolisms removed.”

Now, Brenda is happy to be back at work, spending time with her daughter, and looks forward to the future. She says she’s thankful to have sought help at Methodist Charlton when she did.

“I was in the right place at the right time,” she says. “I’ll be forever grateful to the medical team at Methodist Charlton, I wouldn’t be here today without them.”

These hospital gatekeepers help keep COVID-19 out
Pastor who survived 'widow maker' praises God, heart team
How this pastor mistook a heart attack for heartburn
Can a COVID-19 test reveal which variant made you sick?