Police officers know better than most that every moment counts in an emergency. So an Arlington detective was thankful to have the new ER at Methodist Midlothian Medical Center just minutes away when she needed it.

Detective Leonor Thompson says an episode of intense pain landed her in the emergency department at Methodist Midlothian, the city’s first and only hospital. It was so new that Leonor had almost forgotten it was there.

”I was so glad,” Leonor says. “I thought, ‘Oh yeah, we have a hospital here now. We have an ER in Midlothian.’ I was relieved because it was so close.”

Leonor now realizes how fortunate it is she had a hospital so close to home. Doctors discovered she had a rare condition called fallopian tube torsion.

“We found that the fallopian tube had basically twisted up on itself, and that was the source of her pain,” says Jason Brown, MD, OB-GYN on the medical staff at Methodist Midlothian.

It’s so uncommon that one report estimates it’s only seen in 1 out of 1.5 million women. 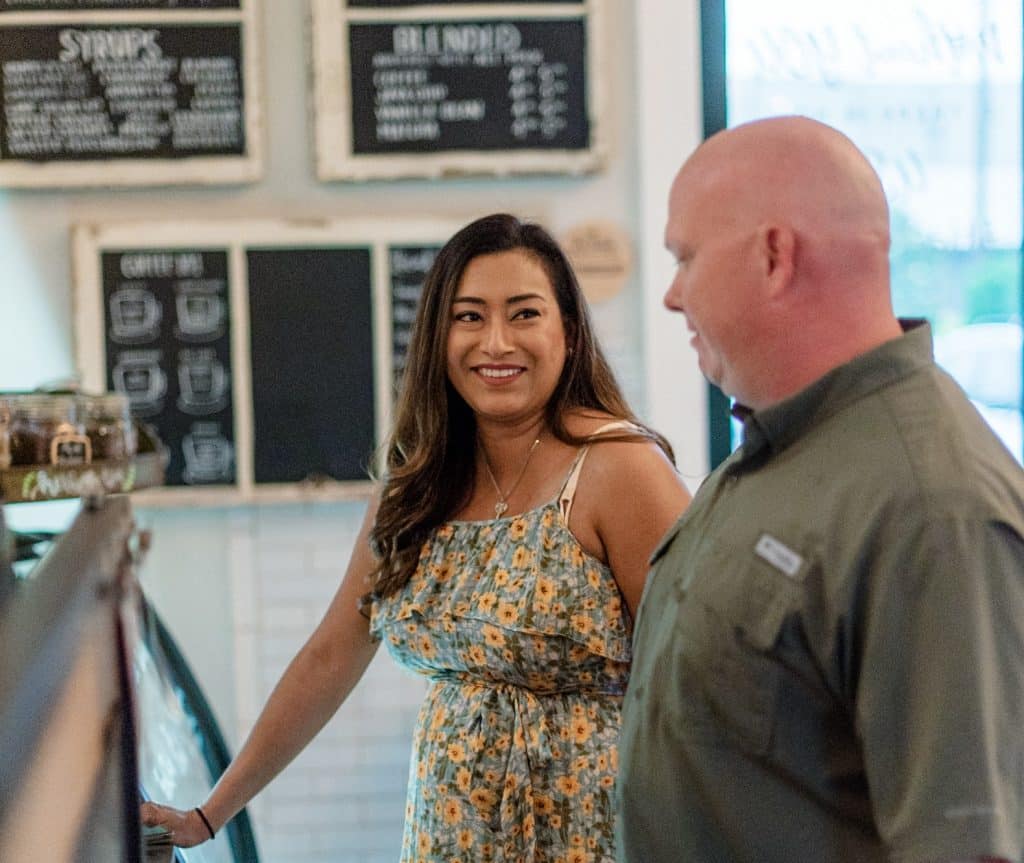 Leonor says her health troubles started after midnight on a typical Wednesday. The 40-year-old Arlington police detective remembers returning home from a late-night shift and crawling into bed. But a couple of hours later, she woke up feeling unwell.

“Initially, it was a subtle pain, almost like a stomachache. I thought maybe it was indigestion,” Leonor says. Trying not to wake her husband, Shane, Leonor made her way to the bathroom.

“In 10 minutes that pain got pretty intense, pretty fast,” she says.

Nausea set in, causing Leonor to vomit.  Then came a constant stabbing pain in her abdomen.

“It was so, so sharp. Like a stomach cramp on steroids,” Leonor says.

Soon after that, Shane found her doubled over. When it became obvious the pain wasn’t subsiding, they got in the car around 3 a.m.

But where could they go? All the hospitals that came to mind were quite a ways out, Leonor thought. That’s when Shane remembered that Methodist Midlothian recently opened near their home. Decision made, the couple rushed to the hospital.

“Within that first five minutes we were in a room,” Leonor says. 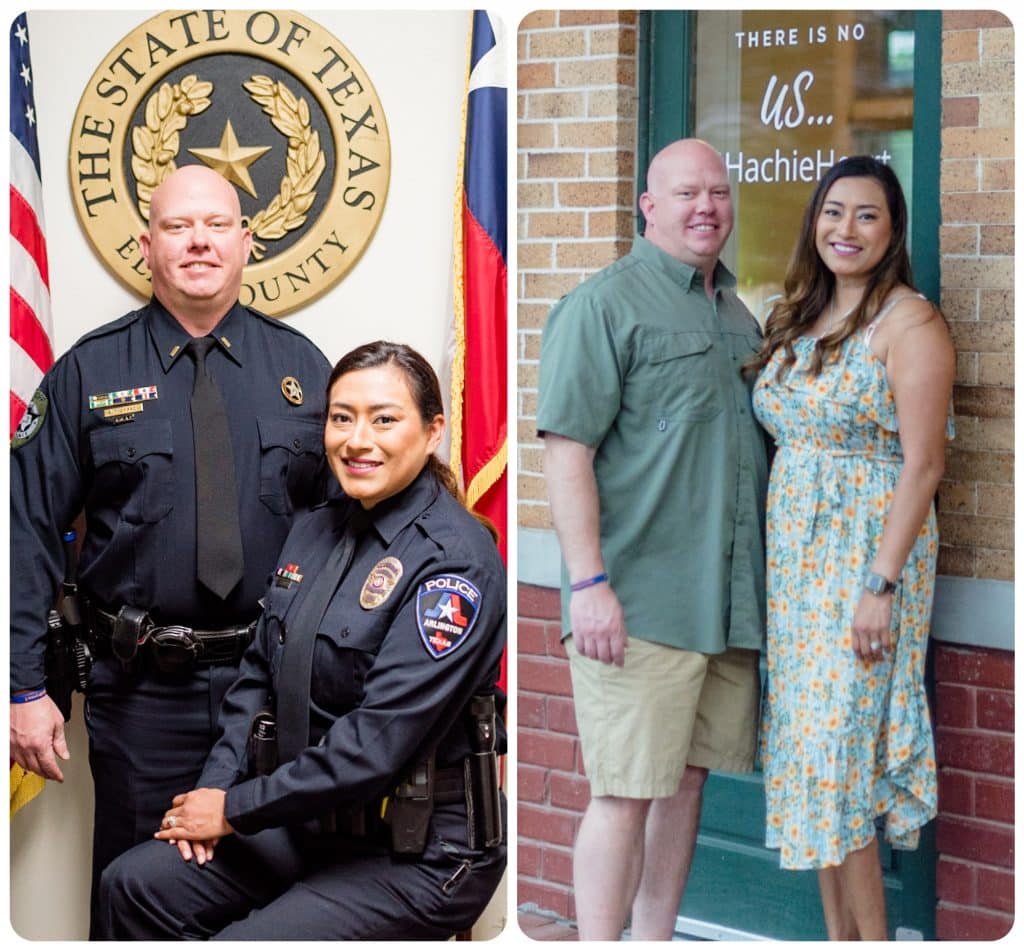 Law enforcement runs in the family for Leonor, an Arlington police detective, and husband Shane, an Ellis County sheriff’s investigator.

She was seen by Kelsey English, MD, emergency medicine physician on the medical staff at Methodist Midlothian.

“Leonor had severe lower abdominal pain. You could really tell she was hurting quite a bit,” Dr. English says. A computed tomography (CT) scan revealed Leonor had fluid in the fallopian tubes, a condition known as hydrosalpinx.

“That was a pretty atypical diagnosis,” Dr. English says. So she admitted Leonor and reached out to Dr. Brown, the OB-GYN on call.

Dr. Brown could immediately sense something was wrong.

“I barely examined her abdomen and could tell she would require surgery,” Dr. Brown says.

He and his team took Leonor to the operating room and did a diagnostic laparoscopy, which entails inserting a scope through an incision in her abdomen to find the problem. It was how he determined Leonor had fallopian tube torsion. 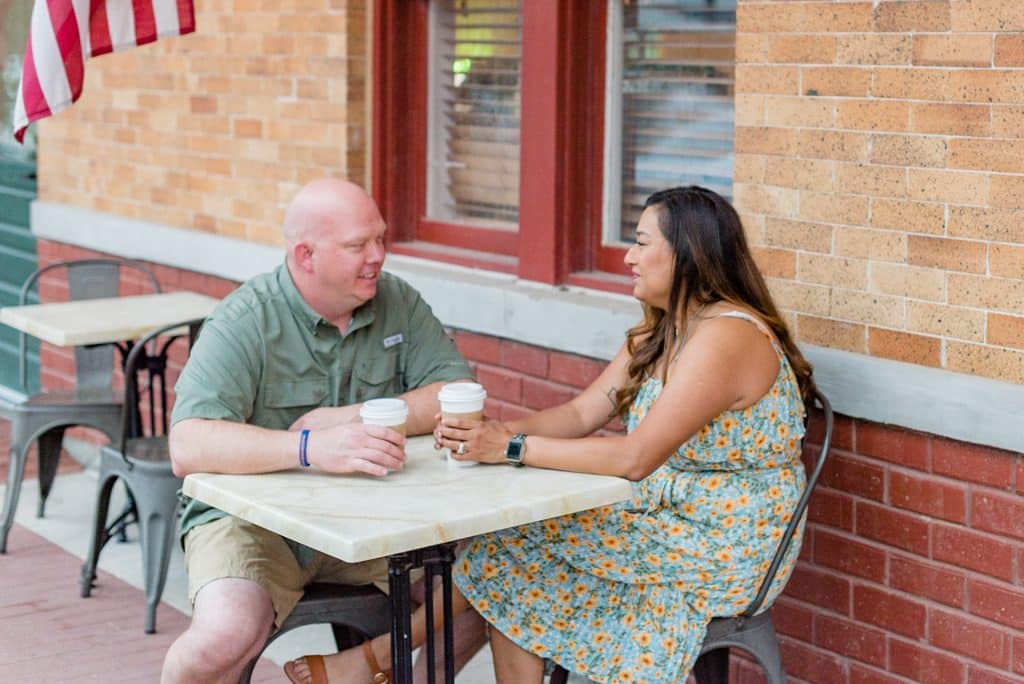 It was a lot for Shane and Leonor to take in, so after the surgery, Dr. Brown showed them photos so they could better understand the condition.

“I just took some time to really explain it to them well,” he says. “It’s just part of doing the right thing.”

Leonor left the Midlothian hospital only 12 hours after her admission to the ER. Looking back, she says she’s thankful for the care she received at her community’s new hospital and is relieved to have the staff’s expertise, considering how rare her condition is.

“It was such a team effort,” Leonor says of her treatment. “From the minute we got there, I was very blessed to have been treated so well during a stressful and intense time, all the way up to the minute I got wheeled out of the hospital.”