Nothing can separate bad-to-the-bone motorcycle enthusiast David Fast from his Harley for long — not even a broken hip.

“I was up and walking the next day,” says the 68-year-old, who was back on his bike with a new hip mere months after surgery at Methodist Dallas Medical Center.

It wasn’t a motorcycle crash that injured the Waxahachie resident but a nasty fall from his attic last spring. David lost his balance while reaching for a light switch and fell through the attic door, landing on the concrete floor of his garage 8 feet below.

He asked his wife to call 911 when he realized he could not get up.

First responders determined his injury was serious enough to bypass hospitals closer to home and instead drove him 30 miles north to Methodist Dallas. David is glad they did.

“I had not been to Methodist before, and they did an outstanding job,” he says. “Everybody seemed to be ready as soon as I hit the door.”

The paramedics chose Methodist Dallas because it is a Level 1 Trauma Center, one of only four in Dallas offering the highest level of emergency care available.

David was cleared for surgery, and within 24 hours of his fall was ready to undergo a total hip replacement. 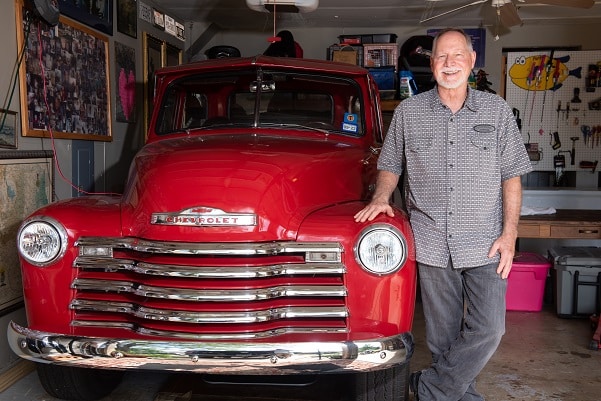 David parks his 1953 Chevy pickup in the garage where he fell.

“A key marker of success for patients over 60 who suffer a broken hip is the ability to treat them early and get them moving to decrease possible complications,” Dr. Araiza says. “This is what the whole team at Methodist offers.”

David was impressed with the speed and efficiency of his care.

“They did exams and X-rays right away and got it figured out really quick,” he says. “The same day I saw Dr. Araiza.”

The trauma team determined David’s femur was broken at the neck — the short stem that connects the head or ball of the bone to the shaft.

There are three treatment options for such a fracture: leave it alone to heal; fix it with implants, plates, and screws; or hip replacement.

Letting the bone heal on its own is painful and never advised for someone who is ambulatory, Dr. Araiza says. Reconnecting the bone with pins generally requires six to eight weeks of recovery while staying off the leg. It’s more suited to younger patients who tend to heal faster.

David, who works as an estimator for a concrete company, didn’t want to be laid up that long. He chose a hip replacement to repair his broken hip. 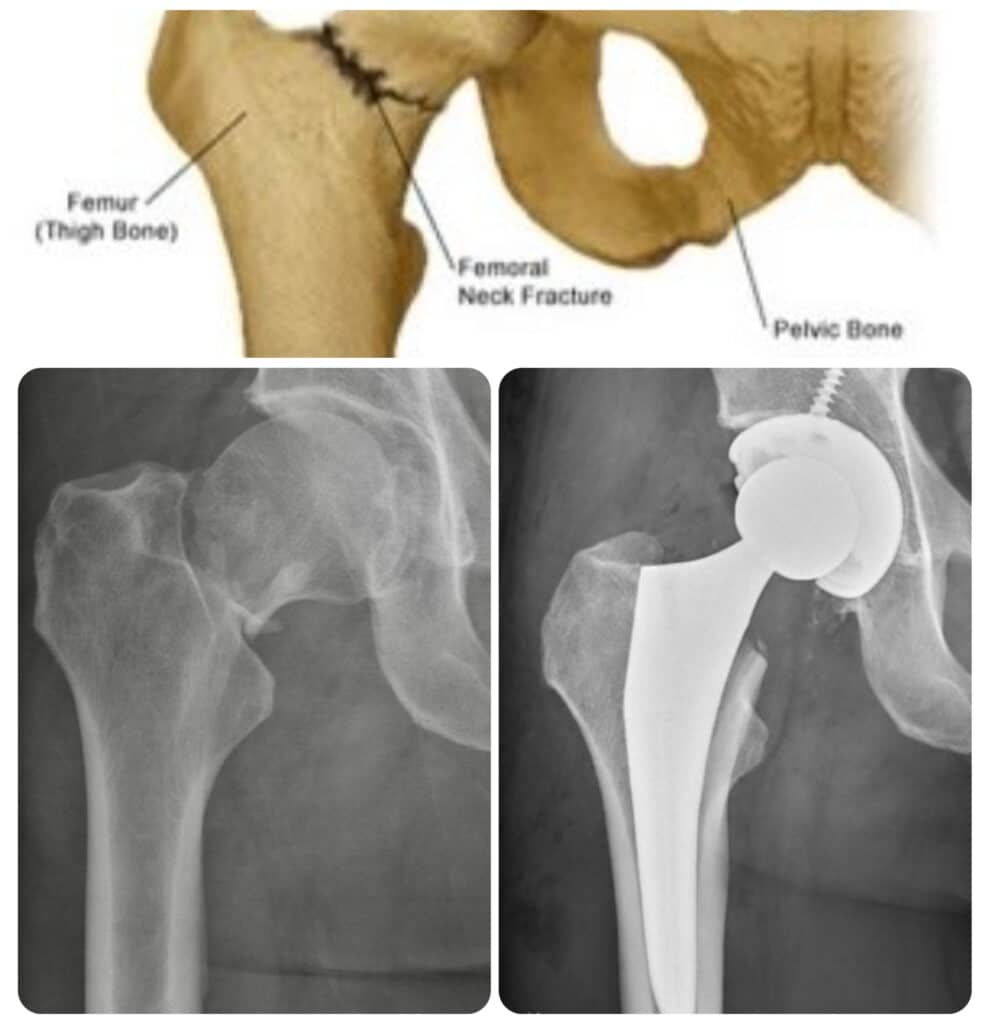 During the 90-minute procedure, Dr. Araiza removed the head and broken neck of David’s femur and replaced them by inserting a prosthetic titanium stem. The surgeon also resurfaced the hip socket and lined it with durable plastic.

The surgeon took an anterior approach — from the front — in order to spare musculature and cause less pain.

“It’s no different from what we do with someone who has end-stage arthritis,” Dr. Araiza says. “We were able to restore his leg length to be sure that one isn’t shorter or longer.”

David took slow steps that same evening. Using a walker and closely attended by a physical therapist, he walked the length of the hospital hallway and back.

“I was pretty amazed,” David says. “I was actually released the day after my surgery.” 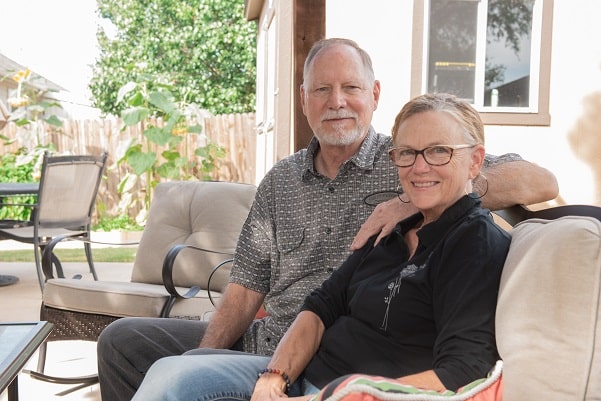 David and his wife, Karen, at their home in Waxahachie

BACK ON HIS FEET

Mobilizing an older patient on the same day as hip surgery is the goal, provided the person is in reasonable shape, Dr. Araiza points out. Someone with limited mobility or other medical conditions may well take longer to get up and about.

“Ultimately the outcome is based on your ability to place components in the right place,” Dr. Araiza says. “It’s no different from changing a tire.”

David went home with a walker and began moving more every day.

“It was kind of hard to sleep the first few nights, but by the third day I had had enough of painkillers,” he says. “I did more and more exercise each day.”

Two weeks after surgery, David began physical therapy sessions and was soon using a cane instead of the walker. Within a month, he could walk unassisted, and after two months he was itching to ride his motorcycle, a 2001 Harley-Davidson Fat Boy. Dr. Araiza asked him to wait until the 90-day mark — and to be careful.

“I knew David was so excited for the day when I cleared him to get back on his bike,” Dr. Araiza says. “His recovery went so well, we were both surprised how quickly that day came.”