His middle school was holding its eighth-grade basketball team tryouts, and Jarron was in the middle of a scrimmage. “That’s the last thing I remember,” he says.

His mom and dad, Dana and Jarron Holden, remember the details, though. “He tried to walk off the court, but he collapsed,” Dana says. “We thought he was just being silly — until he didn’t get up.”

Jarron had gone into sudden cardiac arrest from an undiagnosed congenital heart condition.

Fortunately, an AED (automated external defibrillator) machine was nearby, and one of the parents present was a medical health professional who immediately administered aid and CPR.

When emergency personnel arrived minutes later, they couldn’t get Jarron’s heart started again, but they manually ventilated his lungs and continued CPR to keep his body supplied with oxygen while en route to nearby Methodist Charlton Medical Center.

Jarron had been in full cardiac arrest for nearly 30 minutes by the time he reached the emergency department.

Fighting for the teen athlete’s life

Christo Philip, MD, emergency medicine physician on the medical staff at Methodist Charlton, restarted Jarron’s heart within minutes and placed him on a ventilator to help him breathe. Yet more complications arose.

“Blood was just pouring out of his lungs and out of his bladder via the catheter we put in,” Dr. Philip says. “We were really confused about what the underlying problem was. He was a kid who was otherwise healthy.”

“We were concerned with how to get his oxygen levels up until he could get to a pediatric intensive care unit,” Dr. Philip says. A person’s oxygen level should be 92 percent or higher on a ventilator to avoid irreparable brain damage. Jarron’s was about 68 percent.

Dr. Philip administered a blood-clotting medication to stop the bleeding in Jarron’s lungs and adjusted the ventilator to force oxygen into his bloodstream and keep his brain alive until the CareFlite air ambulance could transport him to Children’s Medical Center.

“Even though there were so many unanswered questions about Jarron’s condition, Dr. Philip kept us informed as much as possible and even asked if he could pray with us,” Dana says. “Most people in Jarron’s situation don’t make it.” 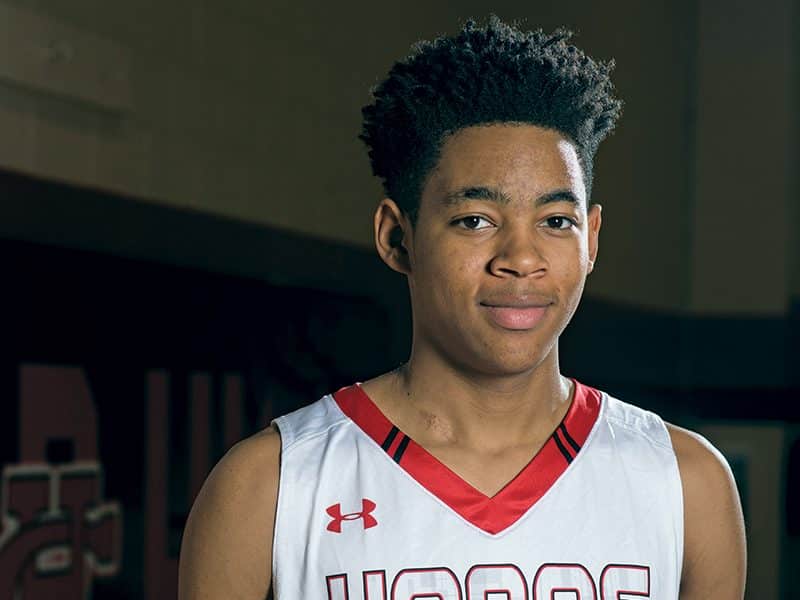 Jarron Holden II is back on the basketball court after surviving sudden cardiac arrest.

After a harrowing hour at Methodist Charlton, Jarron was on life support at Children’s Medical Center for nearly a week, and it took that long for the hospital to get any definitive results. After an open heart surgery was scheduled to fix the congenital defect in Jarron’s heart, Dr. Philip visited him at Children’s.

“His case is definitely on the miracle level, considering he survived a long cardiac arrest and the complications afterward,” Dr. Philip says.

Shortly after Jarron’s recovery, the Holden family founded the Holden Strong Awareness Campaign to teach young people how to administer CPR and use an AED should they ever encounter an emergency situation like Jarron’s — one which he wouldn’t have survived had it not been for the immediate response of bystanders.

The ultimate goal of the foundation is to do EKG screenings to catch kids’ heart defects before they potentially become fatal.

Today, Jarron is a normal teenager who is playing basketball for his high school and has no lasting effects from the ordeal.

“It hasn’t affected my athletic performance at all,” he says. “I’m just glad I had the right people there to care for me and hope my family and I can pay it forward to help other kids like me.”

Learn more about the lifesaving emergency services at Methodist Charlton.

How a heart attack can strike 'out of the blue'
Advanced cardiology procedure gives subzero support
Pandemic transforms the ICU and inspires a new unit
Artist faces breast cancer with faith, not fear