In one advanced surgery, Trina Green said goodbye to jaw cancer and hello to a healthy future.

When Trina Green looks out the kitchen window of her Grand Prairie home and takes in how her replanted garden has grown stronger than ever, she can’t help but smile. She, too, has renewed strength thanks to 3D visualization and a 14-hour surgery that removed and replaced more than half her jaw bone.

Trina’s battle with a very rare form of cancer began with a small bump in her mouth.

“It was just behind the last molar on the bottom right side of my mouth,” Trina says. “It wasn’t painful or discolored, just a bump. My dentist took a biopsy in 2016, and the results were benign.”

So she pushed it out of her mind — until late 2018, when she noticed the bump had grown. This time, it was cancerous. 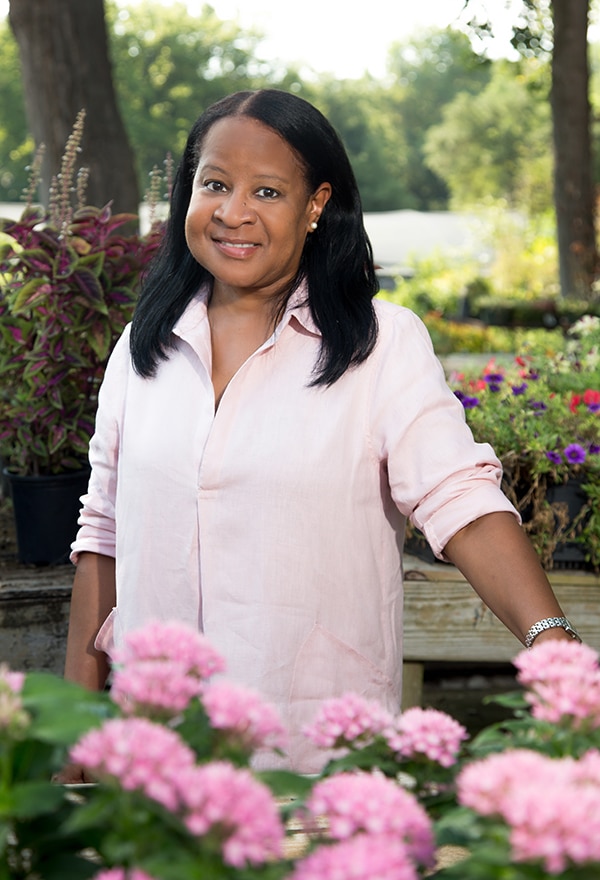 Trina was shocked to learn she had a very rare form of salivary gland cancer that had spread to her jaw bone — which is also out of the ordinary.

She was even more shocked to learn the plan to treat it.

“Without a doubt, this was a risky and complex 14-hour surgery,” says Siavash S. Eftekhari, MD, board-certified head and neck surgeon on the medical staff at Methodist Richardson Medical Center. “To remove the cancer, she needed almost half of her jaw bone removed, along with all the teeth, soft tissue, gums, and a portion of the floor of the mouth on the right side.”

As an advocate of performing both cancer removal and reconstruction during a single surgery, Dr. Eftekhari used virtual surgery planning before the operation. This technique provides a 3D visualization of a patient’s anatomy to develop a thorough surgical plan before even entering the operating room.

“I start the surgery already knowing the final outcome,” Dr. Eftekhari says. “And in Trina’s case, that was an important factor for success, given that to reconstruct her oral cavity, face, and jaw, I had to borrow skin, tissue, muscle, and bone from the fibula in her left leg.”

Going beyond for the patient

Dr. Eftekhari wanted to ensure that Trina got the best reconstruction and the fastest recovery possible. To do this, he used a technique called microvascular surgery, in which he would harvest the artery and veins from the leg tissue and reconnect them to a blood supply in her neck so that the newly transplanted tissues would have their own blood supply for faster healing.

“Microvascular surgery requires an advanced hospital with an excellent intensive care unit staff trained to take care of these types of surgical patients,” Dr. Eftekhari says. “The Methodist Richardson team was outstanding in their care of Trina after her surgery.”

Three days after her surgery, Trina woke up surrounded by family and friends who had been her prayer warriors from the day of her diagnosis. She spent two weeks recovering in the hospital, during which time she met with her oncologist to discuss radiation and chemotherapy.

The parts of Trina Green’s jaw that Dr. Eftekhari rebuilt can be seen in purple in this 3D model.

“I was cancer-free after the surgery, so I decided to skip radiation and chemo,” Trina says. “My doctors supported this, and they even consulted a Mayo Clinic physician through their Mayo Clinic Care Network partnership. We all agreed that I would have regular checks to monitor any possible relapse.”

In June, Trina went back to her job as a load planner at UPS — and got back to a long-lost hobby.

“I began thinking that I wanted to start gardening again,” she says. “It felt right to grow new life as I starting this next cancer-free chapter of my own.”

Pandemic transforms the ICU and inspires a new unit
5 ways to sneak more fiber into your diet
VIDEO: Hair salon owner loses hair during breast cancer battle
'I should be dead': A 2nd chance after 'widow maker' heart attack