Hitting the high notes in church never used to be a struggle for Olive Conday-Brown.

Weeks into a new diet and fitness regimen, Olive felt winded and fatigued after walking a few miles or doing yard work. And choir had become a struggle.

When she started sweating profusely one night while working from home, Olive blamed it on a bad reaction to a flu shot.

She never imagined the accompanying pain in her left arm and the tightness in her chest were all warning signs.

Olive was having a heart attack — a potentially deadly situation that culminated in an ambulance ride to Methodist Charlton Medical Center.

“I began to cry tears of joy when I found out they had taken me to Methodist,” she says. “The doctors who practice there are the best.”

Olive would soon learn that over time, cholesterol plaque had partially blocked an artery in her heart. She didn’t know at the time that she harbored serious risk factors, including a family history of heart attacks.

FROM BAD TO WORSE

During the night of her heart attack, Olive got increasingly lightheaded and nauseated, so she called her sister, a nurse, to tell her what was happening.

“She wasn’t overly concerned, so I just kind of brushed it off,” Olive says.

Then Olive started losing consciousness and fell in the hallway — and she knew something was terribly wrong.

“I made it to my bedroom and collapsed,” she says, remembering feeling lifeless as she lay there. She thought about her children asleep in the next room, and panic set in.

In her altered state, Olive didn’t think to call 911. She grabbed her keys and her purse and attempted to drive to the nearest emergency medical center.

“I was so fearful,” she says. “You can’t predict how you’ll act when fear grips you.”

Slipping in and out of consciousness, Olive made it to an emergency clinic a block away from her apartment, but it turned out to be closed.

That’s when she called for help. Paramedics rushed her to Methodist Charlton, home to one of the highest volume emergency departments in Dallas County for treating heart attack patients. 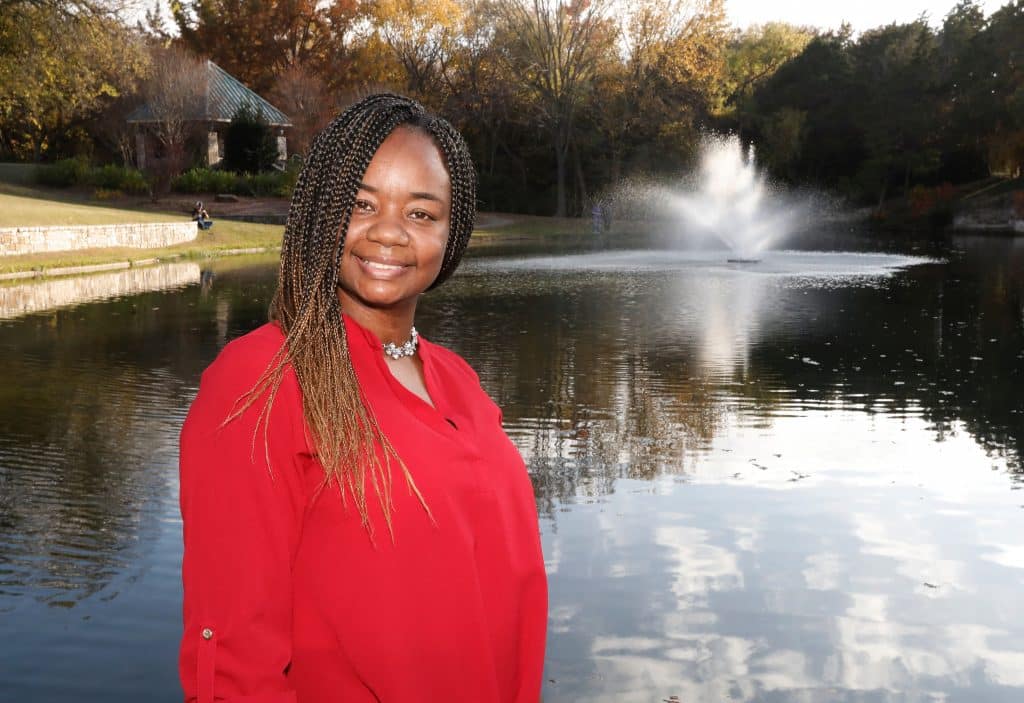 Within minutes, the hospital had deployed its on-call cardiac catheterization lab team, including a nurse, radiation technologist, and Roberto Wayhs, MD, a cardiologist on the medical staff at Methodist Charlton.

“We have the system down pat,” Dr. Wayhs says. “The way everything is activated and implemented operates like a well-oiled machine.”

That’s critical during a heart attack because mere moments often dictate survival rates. A few minutes can also determine how much permanent damage the heart muscle suffers from the reduced blood flow.

“Time is muscle,” Dr. Wayhs says, invoking a cardiologist’s adage. “The sooner we can get the system activated, the better the patient does.”

He urges patients who think they might be having a heart attack to call 911 immediately, and they should never try to drive themselves to the hospital.

Dr. Wayhs and the cardiac catheterization lab team opened Olive’s blocked artery using a minimally invasive procedure known as percutaneous coronary intervention (PCI). With the aid of X-ray equipment, the team threads a catheter from the upper thigh to the heart through an incision in the femoral artery in her leg. The catheter allows the team to locate the blockage and open the artery with an inflatable balloon.

Next, the team uses the catheter to insert a stent with metallic scaffolding to help keep the artery open permanently.

“I could instantly breathe when they opened the blockage, and the pain in my body completely went away,” Olive says. “I didn’t realize I was winded a lot until this procedure allowed me to breathe again.”

“The way everything is activated and implemented operates like a well-oiled machine.’”

‘THIS WAS A MIRACLE’

Olive regained her strength for three days in the hospital before returning home.

For the next several months, she attended Methodist Charlton’s cardiac rehab program three times a week to aid in her long-term recovery and heart health. During rehab sessions, Olive completed a series of prescribed exercises while nursing staff continually monitored her heart.

“It’s such an amazing program, and they made me feel so comfortable,” she says. “The whole team — the nurses, the techs, every staff person I have come in contact with — they all treated me like family.”

Aside from the Methodist Charlton staff, Olive credits her faith in God for surviving her heart attack and being alive to share her story.

“My loved ones never stopped praying for me,” she says. “I know this was a miracle. It was divine providence that I would survive to be here for my five children and four grandchildren. I’m spreading the word so others can avoid the same situation.”

Essential oils: A guide
Here’s what COVID-19 can do to your lungs
'I owe them my life': Cardiologist praises COVID-19 team
Skip the scale: 5 ways to measure weight loss