When healthy, the gallbladder is an afterthought as it quietly keeps your digestion on track. But when gallstones gum up the works, it can cause serious trouble — and intense pain.

The gallbladder stores bile produced by the liver and releases it to help digest fat, says Gary Alexander, MD, general surgeon on the medical staff at Methodist Mansfield Medical Center.

Gallstones form when bile inside the gallbladder gets concentrated and sticks together, forming clumps that clog the gallbladder or bile duct and wreak havoc. Dr. Alexander likens them to little globs of shortening that prevent bile and digestive enzymes from emptying into the intestine.

“That causes a lot of the symptoms that will take us to emergency rooms sometimes,” Dr. Alexander says. 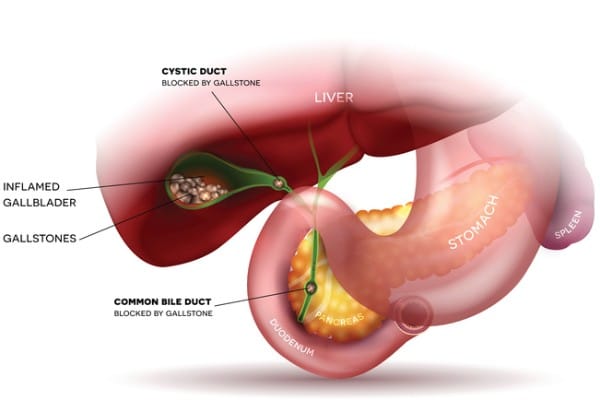 Gallstones, although more pliable than kidney stones, can inflict a lot of pain and tenderness when they cause blockages.

“The primary symptom is going to be pain,” Dr. Alexander says.

The gallbladder is tucked under the liver on your right side (see photo above), but because of the way the body interprets pain, some people may feel pain elsewhere, including in their abdomen, chest, and back, he says.

Eating greasy and fatty foods will intensify the pain by triggering the release of more bile into the intestine.

“We often will see folks whose diet consists of a lot of fast food and greasy type foods,” he says. “It’s pretty obvious that as soon as they eat some of these types of foods, within 30 minutes, they’re hunched over in pain, feeling bloated and feeling nauseated.”

In addition to pain and digestive issues, gallstones can also cause inflammation in the gallbladder and surrounding area. In turn, blockages in the common bile duct can cause infections and complications like pancreatitis.

“That’s one of the more severe things that happens with gallstones,” Dr. Alexander says.

Blocked bile ducts can also result in a buildup of bile and bilirubin produced by the liver, leading to jaundice.

For patients who face a higher risk of developing gallstones, certain lifestyle changes can help. Dr. Alexander recommends avoiding high-cholesterol foods and adding fiber to your diet. There are also some drugs that can make gallstones softer and easier to pass.

But sometimes, he adds, dietary changes aren’t enough. Once a patient stops taking their medication, more stones may develop.

In those cases, surgery to remove the gallbladder, a non-vital organ, is the surest option to prevent new stones from forming.

“Surgery should not always be the first option, even though it is oftentimes a very definitive option and it takes care of the problem,” Dr. Alexander adds.

And nowadays, robotic technology has made the procedure safer for patients.

“At Methodist, we use the da Vinci Robotic Surgical System,” Dr. Alexander says.

Using enhanced 3D imaging and micro-precision instruments, physicians are able to delicately remove the gallbladder through a few small incisions, he adds. Patients recover faster and face a lower risk of bleeding because of the limited amount of trauma to the surrounding tissue.

Post-surgery, a patient’s body will adjust to life without the gallbladder, which functions as a backup system to store bile, Dr. Alexander says.

“Our liver actually produces the bile, and that bile flows through our bile ducts and into our intestines,” he explains. “If we don’t have the gallbladder, our liver continues to make bile and we continue to digest fats fairly efficiently — although not as efficiently as we would if we had a functioning gallbladder.” 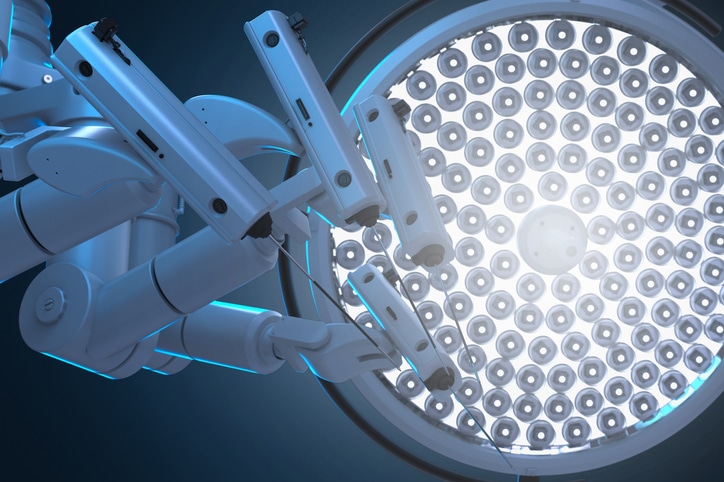 Ultimately, Dr. Alexander says, each patient’s treatment comes down to his or her individual needs. He urges patients to consult with their doctor if they’re concerned or suspect their symptoms indicate gallstones.

The last thing anyone wants is to wake up in pain during the middle of the night, uncertain of what to do.

“If you’re in doubt and you feel bad, don’t try to tough it out at home. Go to an emergency room or call your doctor and make a game plan to be assessed,” he says. “It doesn’t always mean you need to have surgery, but you want to have a game plan as to how to address this.”

Colorectal cancer survivor says COVID-19 saved her life
Could vitamins help you head off severe COVID-19?
Older adults and the flu: Stay safe and healthy this year
Help your children cope with the war in Ukraine