When Lisa Miller first consulted with Richard Dickerman, MD, about her kidney problems, he didn’t recognize her. But when she told him whose daughter she was, his jaw dropped. He had performed kidney transplants on three of Lisa’s family members over the past two decades, including her mother. Now, it was Lisa who needed a transplant.

“Methodist Dallas Medical Center is our go-to hospital for kidney problems, because they know our history and they care about our family,” Lisa says. “We just love Dr. Dickerman. I would never consider having anyone else perform my transplant.”

As the founder of Methodist Dallas’ kidney transplant program, Dr. Dickerman has performed nearly 3,000 transplants in his 35-plus years with the hospital — and Lisa’s family certainly stands out.

“After performing four transplants for the same family, I almost feel like an adopted family member,” he says. “Seeing my former patients live healthy lives after a transplant is very rewarding and underlines the importance of what we do.”

No stranger to sickness

Lisa had always known that she was at risk for kidney problems because a condition causing renal failure runs in her family. Her late mother, Betty Taylor, had two transplants, the first in 1972 and the second in 2000 by Dr. Dickerman. She remembers the impact that first transplant had on her childhood.

“My mom was able to come to my softball games after that,” Lisa recalls. “To hear her yell in the stands — a lot of kids would have been embarrassed, but not me. I was just happy she was there.”

Over the years, Lisa watched as the lives of her brother, David Taylor, and her aunt, Linda Reaves, were transformed by kidney transplants. By 2016, Lisa herself was in stage IV renal failure and faced a five-year wait for a donor to give her a second chance at life.

“After performing four transplants for the same family, I almost feel like an adopted family member,”
Dr. Dickerman says.

Fortunately, kidney disease isn’t the only trait that runs in Lisa’s family. Generosity and selflessness are also there. Her mother, brother, and aunt all received kidneys from loving family members. Kidney donation is one of the few transplantations that can be performed with a live donor, and family members often provide the best matches. This time Lisa’s cousin, Stacy Kowalkowski, stepped up.

When Stacy became aware of Lisa’s condition, she prayed about whether or not to donate her kidney to her cousin. 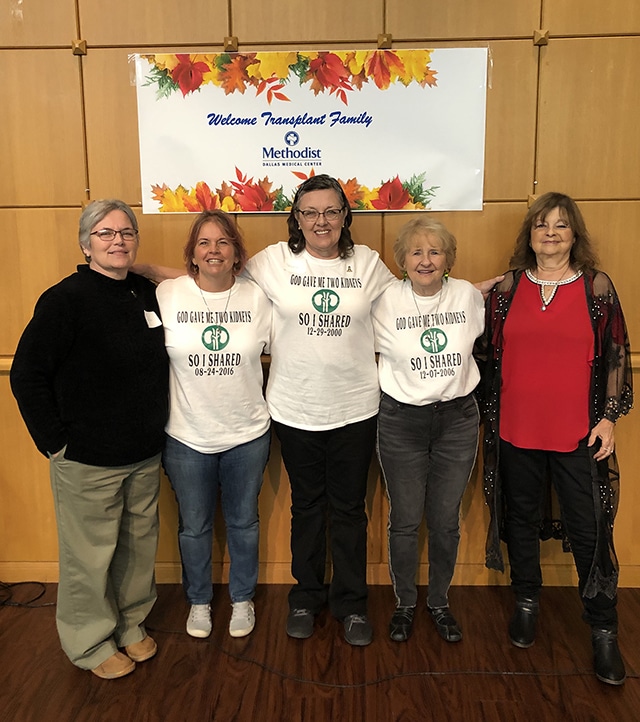 Stacy felt confident in her decision to become a living donor to Lisa, as well as in the safety and effectiveness of the transplant procedure.

“My mom, Shirley Neal, was a living donor to her sister, Linda Reaves, and she is perfectly fine,” Stacy says. “My Aunt Linda is doing great. Sherrie Carr, Lisa’s sister, gave a kidney to her mother, and her recovery was fine. So I wasn’t worried. I was just grateful I could help.”

As expected, the transplant went smoothly. It’s now been over a year since Stacy gifted her kidney to Lisa, and both cousins are doing well.

“I don’t know how I could ever repay Stacy for what she did for me,” Lisa says. 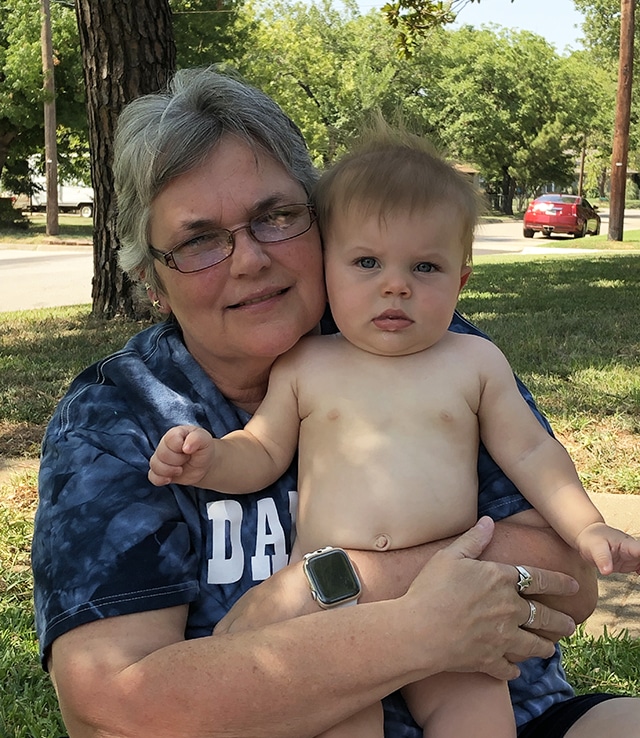 Dr. Dickerman says the generosity of living donors, like Stacy, inspires him, and he encourages more people to follow her example.

“Increasing living donations would be a major advantage for kidney transplantation,” he says. “You only have one heart, but you have two kidneys, and one will work almost as well as two.”

Watch a Facebook Live video of a kidney transplant.