Teamwork is second nature to nurses Jessica Peña, BSN, RN, and Katie Cacioppo, BSN, RN, lifelong friends who work side by side as nurses in the COVID-19 unit at Methodist Richardson Medical Center.

Inseparable since 2000, they first met in kindergarten when the more outgoing Jessica invited her shy classmate Katie to put together a puzzle.

“Both of these young women have the confidence and maturity that are hard to find in nurses 15 years their senior,” says Heather Stirnweis, BSN, RN, nurse clinical coordinator at Methodist Richardson Medical Center. “Watching them grow has been a bright spot during these unprecedented times.” 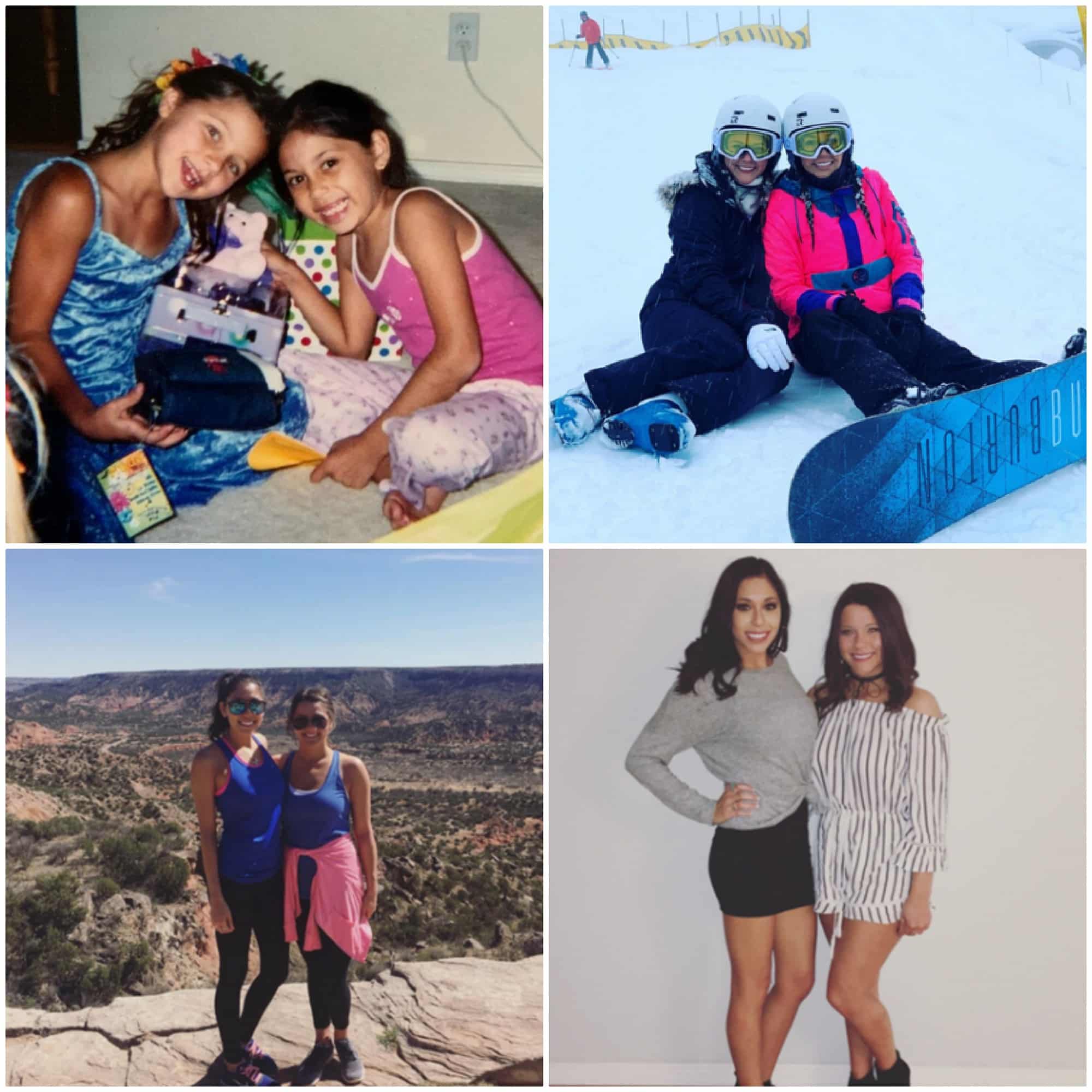 Katie and Jessica have been spending time together since kindergarten, vacationing together and even planning their upcoming weddings together.

Someone to lean on

Stress is ever present on a nurse’s best day, and a global healthcare crisis has only raised those stakes. So, having your best friend to lean on makes the hard work and long hours bearable.

“There’s never a dull moment on the COVID-19 unit,” Jessica says. “Having Katie nearby makes it easier.”

Katie agreed there’s nothing quite like being so closely in tune with a co-worker.

“Knowing my best friend is right there gets me through the toughest shifts,” says Katie, who sits with the sickest COVID-19 patients when they speak to their families via Facetime.

Soothing patients is what Katie does best. “She’s like Grandma’s hug,” whereas Jessica is “bright and bubbly,” says their nurse manager, Shannon Jackson, MSN, RN-BC.

The pair complement each other so well that they can anticipate each other’s needs, which makes them ideally suited to be a part of the nurses in Methodist Richardson’s COVID-19 unit.

Shannon says. “They have this unspoken language where they read each other’s minds.”

Under the team-based model, a group of nurses shares the responsibility of caring for a block of patients – rather than primary nursing, in which individual nurses oversee certain patients.

This sort of group care – first practiced during World War II when nurses were in high demand and short supply – allows hospitals to better cope with surges in critically ill patients and limits the time caregivers are exposed to the coronavirus.

“Jessica and Katie exceeded our expectations,” Heather says. “They think of team nursing as a balanced effort, and they do things that highlight their strong point.” 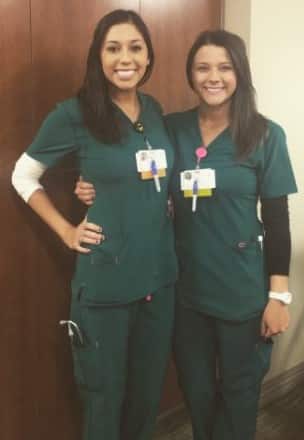 ‘Hearts were set on nursing’

Katie and Jessica know each other’s strengths so well because being together has become a lifelong pursuit.

They were classmates throughout elementary school, middle school, and high school. After graduating from Hebron High in 2013, they were off to college in Lubbock.

Picking the same career seemed like a foregone conclusion.

“Their hearts were set on nursing,” Heather says, “because they genuinely love people and love helping others.”

Graduating from Texas Tech six months apart in 2018, they worked together first at a skilled nursing facility before Jessica moved on to Methodist Richardson last summer. It took just a few months on the job before Jessica persuaded Katie to join her.

Always there for their patients

A month later the pandemic struck, and their unit has been on the front lines ever since, giving their patients the best their friendship has to offer.

Just don’t expect any sibling rivalry because Katie and Jessica make a point to never keep score of who’s done what.

That’s OK because, like their colleagues, they both do plenty. So much so, their manager says, that their absence in their off-hours leaves a void.

“The only downside with Jessica and Katie is because they’re always on together,” Shannon says. “They’re also off together at the same time.”

New York couple comes to Texas to adopt, then tests positive for COVID-19.