Adoptive parents Ana Tavares and Bruno Ribeiro traveled 1,500 miles from New York to Dallas to start a family. Little did they know they’d find a second family at Methodist Health System after both came down with COVID-19 while on the way to adopt their daughter.

“They were our entire social calendar for a month, and they became our best friends,” Bruno says of the staff at Golden Cross Academic Clinic at Methodist Dallas Medical Center.

“Always with a word of encouragement and comfort, always with a smile behind the mask,” he says. “They are courageous and kind.” 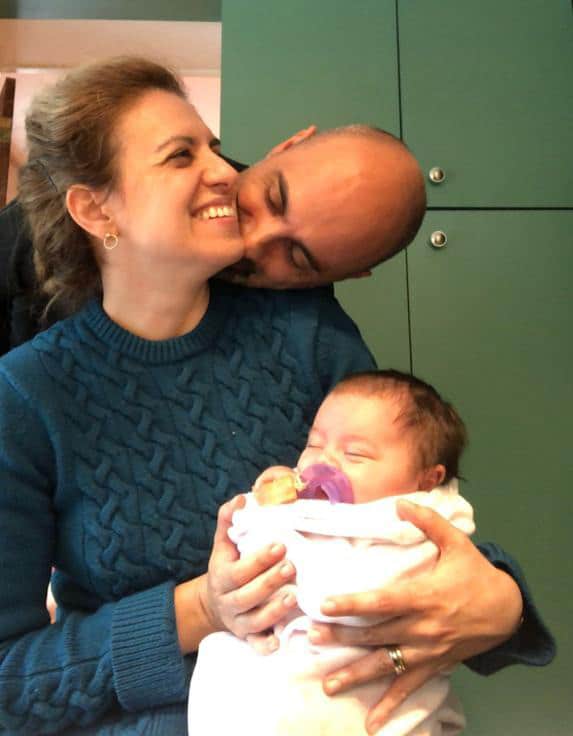 For years, New Yorkers Ana and Bruno dreamed of being parents and ultimately decided to adopt. In March, they were matched with a birth mother in Dallas.

Two weeks before the due date, Bruno and Ana headed south for Texas to quarantine themselves. But within about a week of arriving ready to adopt their new baby, they were both diagnosed with COVID-19.

“I developed a fever, so we decided to go to Methodist Dallas,” Bruno explains. “The medical team in the ED didn’t take chances, testing me right away. The results arrived the next day, and I had COVID-19.”

Three days later, Ana started feeling mild symptoms of the virus—fatigue, and loss of smell and taste. She was tested, and the results came back positive for COVID-19.

Preparations for their new baby were put on hold as the couple spent weeks in quarantine, recovering and testing every other day at Golden Cross Academic Clinic.

“We were so happy to help Ana and Bruno,” says Sondi Fiegel, director of patient care for the clinic and Methodist Medical Group. “We were ready to see them get better. We’ve really pulled together to help everyone needing testing. It was truly a team effort, especially for Ana and Bruno.”

That effort finally started paying off. After 14 days, Bruno was free of the virus, and his test came back negative. The road was longer for Ana, who was not cleared until Day 33. 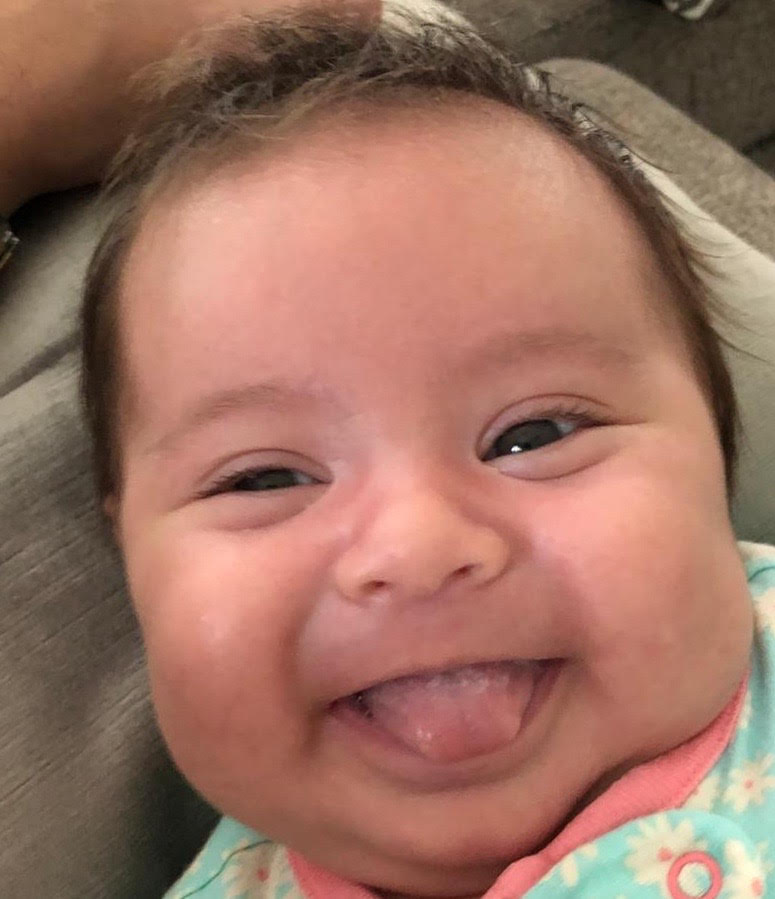 During that time, their baby was born, and the couple worried about what would come of the adoption process.

“Our adrenaline went through the roof,” Ana says.  “Would the adoption agency honor the commitment with us or select another family for the baby girl? We had a new life in our lives and uncertainty at the end of the tunnel,” Ana says.

But the couple eventually emerged from that tunnel to find their new daughter, Daphne, waiting at the end. The staff at Golden Cross rejoiced with Ana and Bruno.

“With them, it felt like the clinic was truly fulfilling its mission,” Sondi says. “It’s been a joy.”

Even though the couple missed many of Daphne’s firsts—her birth, her first cry, her first feeding, her first bath, her first month—Bruno and Ana say their first moments together were unforgettable.

So, too, was the unexpected detour to Methodist, their special treatment at Golden Cross, and the successful recovery that followed.

“We were so lucky to have landed in the Golden Cross clinic,” says Bruno, now back in New York with Ana and Daphne. “We will always be grateful to Methodist.”

A mother’s guide to coping with COVID-19 stress

Help your children cope with the war in Ukraine
VIDEO: Hair salon owner loses hair during breast cancer battle
Understanding flu symptoms from a firsthand perspective
For COVID-19 patient, a seizure was the first warning