When Richardson musician David Lovrien nearly fainted last April, he brushed it off as dehydration — an occupational hazard as a saxophonist performing outside in the Texas heat.

David couldn’t know the incident was a warning sign of two cancerous tumors growing on his pancreas and left kidney. It was only when he lost consciousness a few months later that he realized something was seriously wrong.

His search for answers eventually led him to Methodist Richardson Medical Center, where he discovered he would need complex surgery to remove the growths.

“It was clearly serendipity that I walked into Methodist Richardson,” David says.

David was performing in August at the Veterans Affairs hospital in South Dallas when he passed out. This, along with the memory of his earlier fainting spell, prompted him to call his primary care doctor.

“I was out for a couple of seconds and figured I’d better have this checked out,” he says.

In the following weeks, he noticed other symptoms: muscle tightness on one side and weight loss. He thought it might have been because of his exercise regimen and healthier diet.

This made it all the more shocking when his doctor delivered the sobering news: David had two tumors, one on his left kidney and one on his pancreas.

Even worse, lab work revealed they were causing David’s liver to shut down, too, and he needed to go to the emergency department immediately. David chose to go to Methodist Richardson because he remembered how the hospital treated his wife, Grace, years earlier for an infection.

“We were treated well and efficiently there, so off we went,” he says.

Trusting Methodist Richardson turned out to be a wise choice as David later found out it was the first hospital in the nation to earn The Joint Commission’s gold seal of approval for liver, pancreatic, and bile duct cancer care.

There he met with D. Rohan Jeyarajah, MD, FACS, director of gastrointestinal surgical services and head of the hospital’s hepatopancreaticobiliary surgery fellowship program.

Dr. Jeyarajah explained to David that in order to get rid of the tumor on his pancreas, he would need to perform what’s known as the Whipple procedure, an intricate surgery that involves removing a section of the pancreas and bile duct and reattaching what remains to the stomach and small intestine. 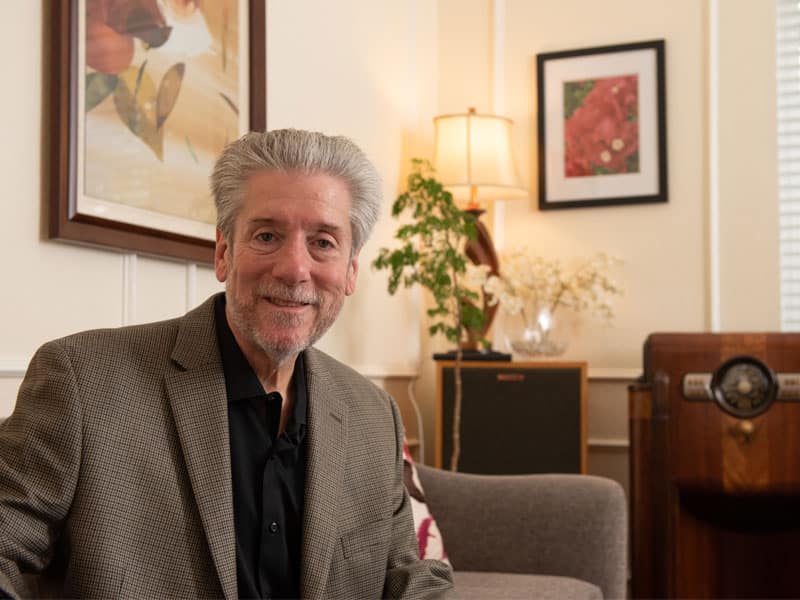 While Dr. Jeyarajah had a solution to fix David’s pancreas, he was also dealing with the added complication of a second growth on David’s kidney. It would take another set of hands to tackle this case.

So Dr. Jeyarajah called in Greg Lieser, MD, urologist on the medical staff at Methodist Richardson.

“David’s tumor was unusually large,” says Dr. Lieser, who estimated it to be roughly 8 centimeters. “That size is almost always kidney cancer.”

The physicians decided the best option was a dual surgery to perform the Whipple and take out David’s left kidney.

Both procedures can be performed using a single incision, Dr. Lieser says. That way, David wouldn’t have to come back for another operation.

The combination of these two procedures is rare, says Dr. Jeyarajah. It requires a high level of technical skill. But if any hospital was suited for the challenge, it would be Methodist Richardson, which recently earned a commendation from the American College of Surgeons for being a pilot site for its program to improve high-risk gastrointestinal surgery.

“We have a fantastic team and do incredible work together, so we’re able to take care of these difficult cases,” Dr. Jeyarajah says.

“The longer I was in the hospital, the more I felt really grateful for how professional everyone was. I was treated wonderfully.”
— David Lovrien

ON THE ROAD TO RECOVERY

David headed into surgery on Sept. 29, and surgeons successfully removed the growths in a four-hour procedure. To the immense relief of David and his family, they found the tumor on his kidney to be benign and the one on his pancreas to be low-grade malignant.

He will have to closely monitor his health after the removal of his left kidney, Dr. Lieser explains, but he shouldn’t have any long-term problems from the tumor.

David remembers crying tears of relief when Dr. Jeyarajah came to his room to tell him the good news.

“That was great to come out of the depths of worry and being told everything was OK,” he says.

David says what really helped him through the ordeal was knowing he had a whole team of physicians, nurses, and other medical staff standing behind him.

“The longer I was in the hospital,” he says, “the more I felt really grateful for how professional everyone was. I was treated wonderfully.”

That collaborative spirit is at the heart of Methodist Richardson, Dr. Jeyarajah says, and it plays a big role in the hospital’s success.

“We really enjoy working together, and we just want to help people,” he says.