Timing is everything and for Mark Barulich, the timing couldn’t have been worse

The 69-year-old found out he had a brain tumor the size of a softball last spring, just weeks before he and his wife, Linda, were scheduled to leave for Italy.

The Mansfield couple, who’ve been married 37 years, had to ditch their vacation and form a plan to save Mark’s life.

The first signs Mark says he had a few headaches in the days before his diagnosis, but nothing severe enough to raise any alarms.

He even felt good enough to hit the links with a friend. But, Mark’s golfing buddy noticed something wasn’t right. Mark’s speech was slurred and he was having difficulty walking.

Mark and Linda went to Methodist Mansfield Medical Center, where a CT scan revealed a large mass in the front part of his head.

A CT scan showed a mass in Mark’s brain.

“It didn’t seem real. You hear it, you understand it, but your emotions haven’t caught up with you,” Linda says. Mark was immediately transferred to Methodist Dallas Medical Center where he met with Nimesh Patel, MD, medical director of neurosurgery at Methodist Dallas.

“They knew what was going on right away in Dallas and were expecting Mark,” Linda says. “From the moment we stepped in, the team didn’t waste a second.”

Dr. Patel was concerned about the size of the tumor. “It had been slow-growing over the span of about 20 years,” Dr. Patel says. “It was putting extra pressure on his brain.”

Dr. Patel had another worry. The tumor was rock solid after years of deposits.

“Our job is to educate patients about what is going on, what the plans are, and what are the options,” Dr. Patel says. For Mark and Linda, they knew surgery was the best answer.

“I just needed him to get better and come home,” Linda says.

“We had to remove the front area of his skull and shift both parts of his frontal lobes to get to the tumor buried underneath,” Dr. Patel says. “We were able to take out 100% of the tumor, and we were able to do it safely.”

Although Mark doesn’t remember much of that day in April, he says he knows he was in good hands.

“They took really good care of me,” he says. Linda was by his side every step of the way, along with a team of nurses. “They’re compassionate and were there when we needed them. I’ve never experienced anything like that,” she said. 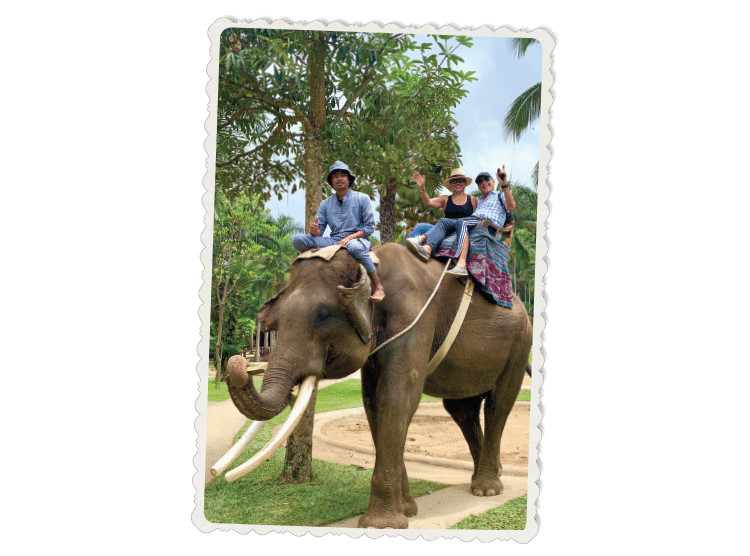 Mark and Linda Barulich on vacation

One week later, Mark left Methodist Dallas and began rehabilitation. It was quite a challenge.

At first, Mark had trouble carrying on a conversation and using parts of the left side of his body. Linda made it her full-time job to ensure he had the support and encouragement he needed to become stronger. It worked. In a matter of months, the couple got the news they had been waiting for.

“They were compassionate and there when we needed them. I’ve never experienced anything like it.”

“I was clear,” Mark says. “Dr. Patel told me I wouldn’t have to come back for another year and by then if I’m still clear, I won’t have to see him for another five years.”

Mark and Linda celebrated in the best way they knew how: A trip to Bali and the Maldives, a vacation that almost wasn’t.

“Methodist Mansfield and Methodist Dallas have great people and great facilities,” Mark says. “They have heart.”

VIDEO: How hospitals put your safety first amid pandemic
Millions may want to rethink daily aspirin
Danger in the sun: Spot the signs of heat stroke
Living proof that 'widow maker' heart attacks strike women, too