When Mikey Vann got an invitation to fly to Las Vegas and meet nine-time Grammy Award®–winner Lady Gaga, there was no way he was turning it down. But not that long ago, his severe acid reflux would have meant suffering through the whole experience instead of enjoying every second.

Fortunately, Mikey hit the jackpot before he left. A surgical implant the size of a quarter won him relief with nothing to distract him from the trip of a lifetime. 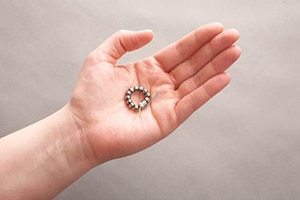 The LINX is an implant the size of a quarter

Years of playing it safe

“I had to figure out how to live my life around my stomach,” Mikey says. As much as the avid traveler enjoyed five-star hotels, gourmet meals, and breathtaking views, they came second to anticipating the amount of pain the meal would bring or worrying whether the lookout point had a restroom. As a result, Mikey withdrew from life, trying to ease his symptoms and avoid awkward conversations.

Doubling up on daily doses of medication didn’t help either. Lying down, tying his shoes, and even hiccups caused severe reflux, and most foods aggravated his condition.

When he collapsed at home from what he thought was a heart attack at age 35, Mikey knew the stakes were too high to ignore.

“The emergency department doctor told me it was heartburn,” he says. “I’ve had heartburn my whole life, and it had never felt like that.”

Mikey met with Preeti Malladi, MD, general and bariatric surgeon on the medical staff at Methodist Dallas Medical Center, to see if she could help. It was then that he learned about the LINX procedure — the wild card he’d been waiting for.

“Dr. Malladi told me, ‘I can fix this,’” Mikey says. “I figured if she could get me even 25% improvement, that would be worth it.”

LINX is like a magnetic bracelet that is wrapped around the esophagus. It helps close the gap into the stomach to keep stomach acid where it belongs.

“Methodist Dallas is one of the few facilities in the area offering patients the LINX procedure,” Dr. Malladi says. “Embracing these new technologies is one of the many ways we support our GI patients.”

Mikey also had a small tear in his diaphragm. That’s the muscle that keeps the stomach and esophagus in place. In a small surgery, Dr. Malladi was able to repair that hernia and place the LINX device, both in just over an hour. 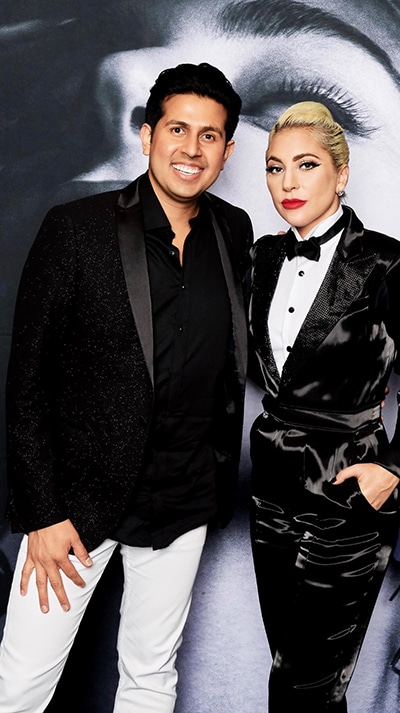 Recovery was not what Mikey expected — it was phenomenally better! He went home after only three days with no dietary restrictions and a big win.

“My reflux is gone — 100% gone,” he says with a smile brighter than the lights on Lady Gaga’s Vegas stage. Seated beside the diva’s piano throughout the performance, Mikey enjoyed the best seat in the house — and not once did GERD give him trouble.

Mikey says his surgery has sparked a greater appreciation for how he treats his body and a life uninterrupted by illness.

“Dr. Malladi didn’t just put an implant in my body; she gave me a new life — and it’s pretty awesome,” he says.

With a full travel schedule, a new business, and freedom to eat whatever he likes, Mikey’s life is now a no-limit adventure.

4 prenatal tests that women over 35 should consider
Carbs are not the enemy
How COVID-19 can cause kidney damage
Face masks are now a COVID-19 must, so make yours count