With a wife and five children, Kasey Hester has many reasons to live — but without one very good friend and Methodist Dallas, he would not be here today

Kasey Hester and Michael Truitt, MD, have been friends for years. Together, they have coached a boys’ basketball team, gone on family campouts, and attended countless sporting events.

So naturally, Dr. Truitt was the first person that Kasey consulted when he thought he had a hernia. Test results, however, revealed something much more serious — testicular cancer. As a husband and father of five, Kasey had so much to live for — and he relied on his friend to help him win the fight of his life.

“I knew Kasey as a 220-pound high school football player and later as a 150-pound cancer patient,” says Dr. Truitt, general surgeon on the medical staff at Methodist Dallas Medical Center. “I know the type of man he is and the family he had to return to. I couldn’t look his wife or the kids in the eye unless we did everything we could.” 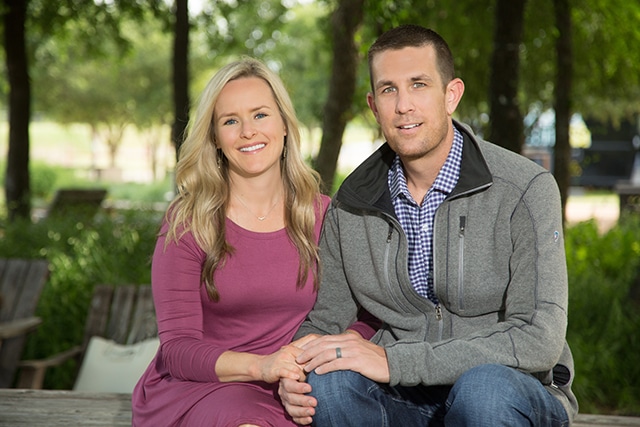 Over three months, Kasey Hester almost died several times from complications related to his cancer battle. His wife, Darla, was by his side every step of the way.

The impossible made possible

After Kasey’s cancer diagnosis in June 2018, doctors recommended that the Fort Worth resident start chemotherapy and radiation to shrink the baseball-size tumor, but Kasey wanted a less aggressive treatment. He traveled to an alternative medicine center in Mexico. While there, his condition worsened rapidly and his kidneys failed.

He was rushed to the nearest U.S. hospital, in San Diego. There, surgeons deemed his care futile and his tumor inoperable. They recommended hospice. Kasey and his wife, Darla, contacted Dr. Truitt for advice.

“I don’t want to be made comfortable,” Kasey told him. “If I’m going to die, I want to die fighting.”

Dr. Truitt arranged to have Kasey flown to Methodist Dallas. The surgery would be difficult, but Dr. Truitt knew that the tumor would be highly curable if the team was able to get him stable enough to tolerate chemotherapy.

By the time Kasey arrived at Methodist Dallas, his tumor had grown to the size of a basketball and had perforated his intestines.

“Almost everything inside his abdomen was tumor,” Dr. Truitt says. “We removed part of the tumor, found the perforation, and rerouted the plumbing around it.”

Kasey’s recovery was still uncertain. In Dr. Truitt’s words, “We didn’t hit a home run, but we put a ball in play.” And there were still several innings to go. In fact, Kasey would come close to death several times over the next three months before he began to get better.

Following surgery, he spent 10 days recovering in the intensive care unit (ICU), then four days into chemotherapy, he stopped breathing. Caregivers placed him on breathing and feeding tubes, but Kasey developed pneumonia and his lungs continued to fail.

With Kasey in and out of consciousness and his lungs too weak to tolerate more chemo, hospice once again seemed the only option. In a last-ditch effort, the medical team tried omitting a particular drug associated with lung problems.

That change in treatment helped Kasey recover from the pneumonia, but the victory was short-lived. He had yet another incident when he stopped breathing. This time he was placed on a breathing machine. Ordinarily, this would prevent further chemotherapy, but Kasey’s doctors continued, knowing his will to fight.

On a Prayer Warriors for Kasey Facebook page, more than 5,000 others joined in the fight, as well. People from around the world were following his story and sending good thoughts and prayers his way.

Over the next several weeks, Kasey improved, graduating out of the ICU. He finished his last round of chemotherapy as an outpatient and returned to work in January 2019.

“There were a lot of dark days, but everyone at Methodist Dallas went out of their way to make me feel comfortable and loved,” he says. 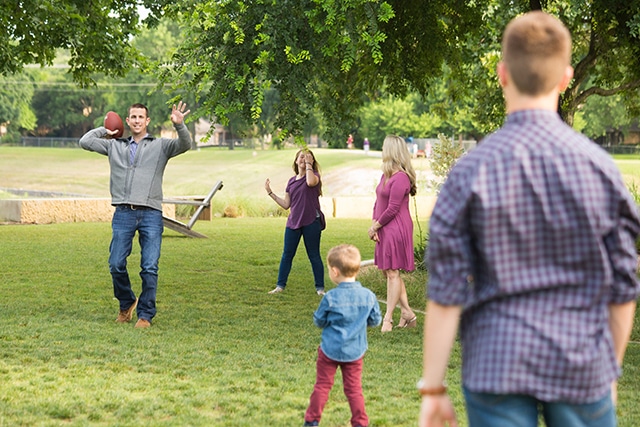 When Kasey Hester was told his testicular cancer was inoperable, his wife and children were his greatest inspiration.

Today, there isn’t a trace of cancer in Kasey’s body. “I am incredibly blessed to be alive and back with my family, my greatest motivation for getting well,” he says.

Many people were essential to Kasey’s recovery, including oncologists, nurses, and respiratory and physical therapists at Methodist Dallas.

“Every single person there took such excellent care of me,” Kasey says. “I am especially grateful to three heroes, without whom I wouldn’t be here: God, my wife, and Dr. Truitt.”

The power of Kasey’s story isn’t lost on Dr. Truitt. “To me, it’s about faith and people coming together,” he says. “He needed a place that would invest in him, when others would not, and give him a chance to live. Methodist Dallas was that place for him.”